The First World Expo Forum for Development and International Cooperation was launched earlier today at the World Expo Museum (WEM) in Shanghai. Themed around “Innovation, Cooperation and Development: World Expo towards the Future”, the forum is attended representatives of business, government and cultural institutions from around the world to discuss and debate the values, meanings and implications of Expos.

Gathering over 350 participants, the two-day event is jointly organised by the Bureau International des Expositions (BIE), the China Chamber of International Commerce (CCPIT) and the Shanghai Municipal People’s Government. 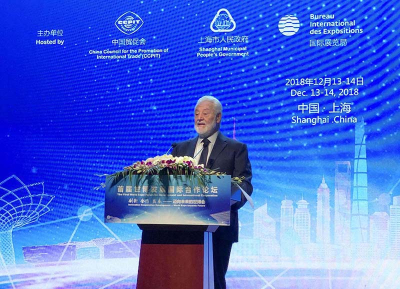 In an opening statement, the Secretary General of the BIE, Vicente G. Loscertales, indicated: “this forum marks an essential step in the young history of the World Expo Museum, cementing its position as a global hub for international dialogue and exchange around Expos, and embodying its role as a wide-reaching and vibrant hub of knowledge”.

The first day of the forum featured four panel discussions focused on topics intrinsically linked to Expos and their impacts. Drawing on the role of Expos in public diplomacy and international relations, one session was focused on ‘World Expos and International Cooperation’. Another - ‘Urban Impacts & Design in World Expos’ – centered on how Expos shape their host cities and foster creativity in design, while ‘Economic Impacts and Innovation in World Expos’ explored the role of Expos in creating connections and developing new solutions. A fourth session, ‘World Expos and Culture’ was a discussion on the unique platform Expos create for cultural exchange and promotion. 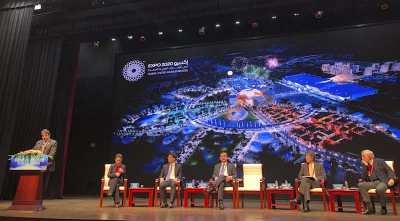 Participants in these panels included key figures in the organisation of past Expos, representatives of upcoming Expos, private sector figures and urban planning experts coming from China and further afield.

The event also includes a series of activities focused on Horticultural Expo 2019 Beijing, World Expo 2020 Dubai, and China’s participation in Expos. The second day will also include the opening of a temporary exhibition dedicated to Specialised Expo 2017 Astana.

Located on the former site of Expo 2010 Shanghai, the World Expo Museum is the result of a partnership agreement between the Bureau International des Expositions (BIE) and the Shanghai Municipal People’s Government. The only museum in the world dedicated to the history, creation and themes of Expo since 1851, it opened to the public in 2017.