A ceremony took place today at the World Expo Museum in Shanghai, China, for the launch of the “Expo Heritage” exhibition. Overseen by Hong Hao, Chairman of the World Expo Museum’s Board of Directors, and Dimitri Kerkentzes, Deputy Secretary General of the Bureau International des Expositions (BIE), the ceremony marked the launch of a new phase for the international museum after first opening to the public in May 2017. 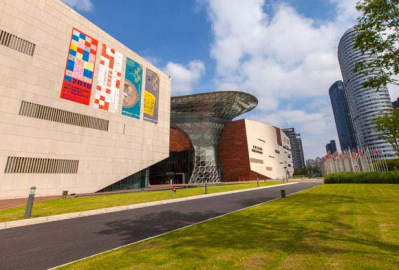 Situated on the former site of World Expo 2010 Shanghai, the World Expo Museum is the result of a cooperation agreement between the BIE and the Shanghai Municipal People’s Government. The Museum, which gathers thousands of visitors every day, is the only museum dedicated to the history, creation and themes of Expos since 1851.

The event was attended by the leaders of the Shanghai Municipal Government, CCPIT officials, and representatives from donors, museums and upcoming Expos. 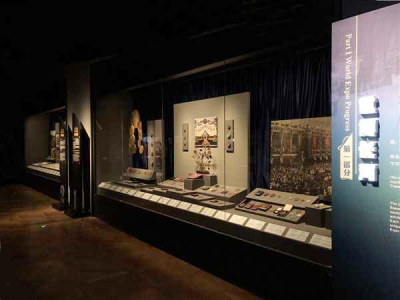 “Since its opening one year ago, the World Expo Museum, as the first international museum in China, has been one of the most important cultural landmarks and international exchange platforms in Shanghai” declared Hong Hao in his inaugural speech.

Highlighting the role of the World Expo Museum as an international institution, Dimitri Kerkentzes told guests: “A year after its opening, the World Expo Museum is extending not only its collections but is also enlarging its reach as a living hub of knowledge. It exists to encourage interaction and communication, fostering a type of education that can only be achieved through real-life contact and experience.” 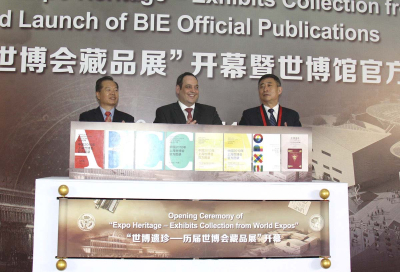 Housed in a uniquely designed structure composed of the “Celebration Cloud” and the “History Valley”, the World Expo Museum contains eight permanent exhibition halls, as well as temporary exhibition halls, a conference centre, a documentation centre and a 4D cinema. Following its inauguration, it is set to scale up its educational activities and cooperation with universities and institutions around the world.