The World Expo Museum (WEM), which has its own pavilion at Expo 2017 Astana, celebrated today its participation at the Expo and called on participants to perpetuate Expo 2017 by donating objects and displays to the Museum. 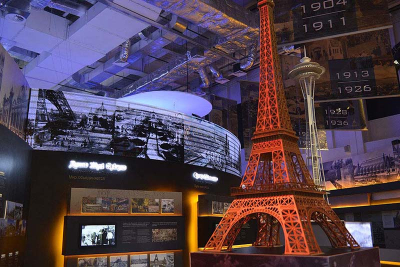 In an event entitled “Amazing Shanghai”, attendees were addressed by WEM Curator Lorelei Liu, and representatives of the Shanghai Municipal People’s Government, the Chinese Embassy and Astana Expo 2017 National Company. The Deputy Secretary General of the BIE, Dimitri Kerkentzes, also spoke, thanking international participants who have already donated exhibits to WEM, and telling attendees that the Museum “encapsulates and promotes the universality of Expo themes, the breadth of the issues addressed, and the shared hopes and concerns of all our nations.” 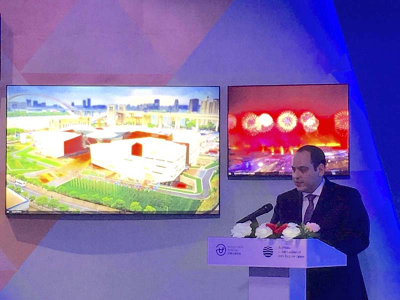 The World Expo Museum in Shanghai is the only official museum and documentation centre in the world entirely dedicated to Expos and authorised by the BIE. It showcases the history, creation and themes of Expos and highlights their historical impact, their physical significance and their dreams for the future, with the purpose of “inheriting the Expo legacy and retaining the essence and continuation of the World Expo effect.”

WEM has participated in all Expos since the partnership agreement that created the institution was signed by the Bureau International des Expositions (BIE) and the People’s Municipal Government of Shanghai in 2010. Its participation at Expo 2017 is the first since the Museum opened to the public in May 2017.

The pavilion of WEM introduces visitors to the concept of the Museum, with the phrase “Everything begins with Expo” written in dozens of languages on the walls. Visitors can then find replicas of major Expo monuments including the Crystal Palace from Expo 1851 London, the Eiffel Tower from Expo 1889 Paris and the China Pavilion from Expo 2010 Shanghai. 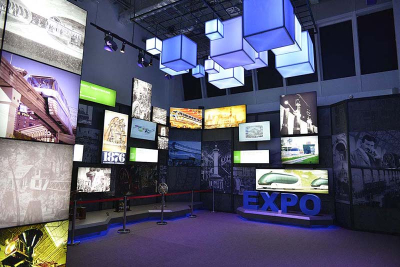 In line with “Future Energy”, the theme of Expo 2017 Astana, WEM’s pavilion pays a special tribute to past Expos that have made significant contributions to energy, transport and sustainability. In addition to the Expos of the past, visitors have the chance to learn about future Expos, with displays dedicated to Horticultural Expo 2019 Beijing and World Expo 2020 Dubai.

The pavilion also features a number of touchscreens giving further information about key figures, inventions and buildings from past Expos, as well as a virtual reality experience allowing visitors to fly over the city of Shanghai, including the World Expo Museum itself and the former site of Expo 2010.

Representatives of WEM are also present in Astana throughout the duration of the Expo in order to gather information, photographs and videos, as well as to collect objects and displays from participants that can be showcased as part of the Museum once Expo 2017 closes.