On 13 June, during the 161st General Assembly of the Bureau International des Expositions (BIE), the director of the World Expo Museum (WEM), Lorelei Liu, addressed delegates regarding the opening of the institution in Shanghai on 1 May 2017. Ms. Liu also spoke about the museum’s future projects, and about the museum’s participation at Expo 2017 Astana. 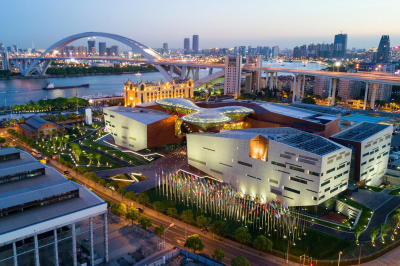 The presentation of WEM included an overview of its architecture, with delegates being reminded that it is one of the largest museums in Shanghai with a total surface of 90,000m2. Ms. Liu announced that since opening to the public on a reservation only basis, the Museum welcomed 90,000 visitors and has hosted cultural events including the “WE TALK Expo forum”, where BIE Deputy Secretary General Dimitri Kerkentzes was a guest speaker.

After years of preparation and construction, the World Expo Museum opened its doors exactly seven years after the opening ceremony of Expo 2010 Shanghai. The museum’s opening was scheduled on this date to symbolise its aim of carrying on the tradition of Expos and providing a platform of cultural exchange between the BIE’s 170 Member States. 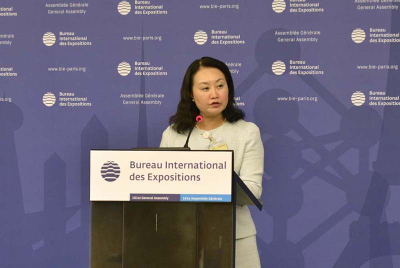 Ms. Liu expressed her “heartfelt gratitude” to Member States and donors who have supported the World Expo Museum by contributing objects and documentation to the Museum’s permanent collections.

The Museum will continue to escalate it activities in the near future. WEM will open more facilities from July, including a 4D cinema and a 280-seat conference hall. In September, the Museum plans to organise a temporary exhibition from the perspective of Expo history, inviting key figures from past, current and future Expos to discuss cooperation.

In addition to the activities within the Museum itself, WEM is participating in Expo 2017 Astana with its own pavilion. The theme of the 630m2 pavilion is “EXPO x EXPOS: Everything Begins with Expo”. It presents 160 years of Expo history, with a focus on Expos where energy was of particular importance in line with the Expo 2017’s theme “Future Energy.”

At Expo 2017 Astana, the World Expo Museum will also record the Expo through photographs, films and a literary collection that will later be displayed in their Shanghai location.