The United Kingdom has been a member of the BIE since 1930 although it left the organisation between 1944 and 1949. The UK was home to the first ever World Expo – the Great Exhibition of London in 1851. It also hosted a World Expo in 1862 in London as well as a Horticultural Expo, in Liverpool in 1984. As an active participant in World and Specialised Expos, the UK received a gold award for its pavilions at World Expo 2015 Milan and at World Expo 2010 Shanghai.

Theme
Innovating for a Shared Future

Theme
We are Energy

The UK Pavilion focused on UK innovations and discoveries that changed the way we live our lives, transforming communities (steam locomotion), people (electromagnetic radiation), the world (turbojet engine), and everything (www). It asked visitors to imagine a new future, fuelled by the properties of the advanced material, graphene, discovered by Nobel Prize winning UK scientists at Manchester University.

With the Expo theme of “Future Energy”, the UK design explored the origins of energy and begins with the birth of the universe, taking visitors on the journey of energy from the sun through to landscape, climate and human civilisation, culminating in a 360º computer generated universal landscape with an illuminated structure at its centre, inspired by human ingenuity. 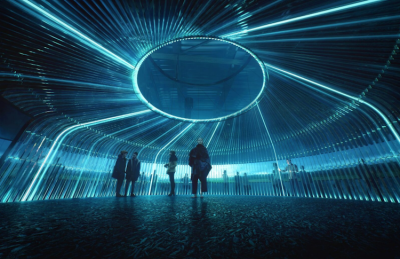 UK Pavilion designer, Asif Khan, stated that “the universe was formed 13.8 billion years ago. At that moment all energy and matter was in the same place at the same time. The idea that everything, including life on earth, is comprised of this archaic energy is fascinating to me. I wanted to find a way to express this relationship to our visitors and explore how energy is being continually harnessed and balanced around us.” 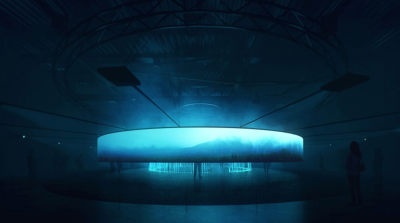 Completing a world class UK creative team is renowned musician Brian Eno, who composed an original soundscape for the Pavilion, and Professor of Astrophysics Catherine Heymans, from the University of Edinburgh, who developed the scientific context.

Theme
Building on the Past, Shaping Our Future

Theme
Planet of Blessing and Budding