The theme of the 22nd edition of the Triennale di Milano was presented to delegates of Member States at the 162nd General Assembly of the Bureau International des Expositions (BIE) on 15 November. 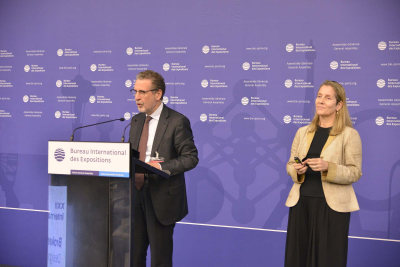 “Broken Nature: Design Takes on Human Survival” will be the theme of the next edition of the Triennale, which will take place between 1 March and 1 September 2019, according to Andrea Cancellato, Director General of the Triennale di Milano. Mr. Cancellato informed delegates that in a recent presentation to experts and consular representatives in Milan, the concept of the 22nd edition was well received, with a high degree of interest and curiosity for the theme.

The Director General also indicated that the Italian Minister of Foreign Affairs has requested formal recognition by the BIE, and that the necessary procedures will be done so that the 2019 edition of the Triennale di Milano is recognised by the BIE General Assembly next year. 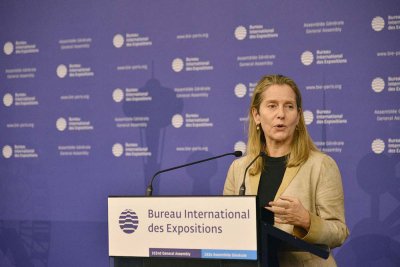 Following on from an initial presentation at the 161st General Assembly, the General Curator of the 22nd Triennale di Milano, Paola Antonelli, expanded on the theme and concept of the next edition. Ms Antonelli, who is Senior Curator of Architecture and Design at New York’s Museum of Modern Art (MoMA), stated that the exhibition will seek a new balance between humans and nature, and particularly to highlight design approaches that can “replenish our exchange with the natural context we were born in.”

By turning its attention to “human survival”, the next edition of the Triennale will promote creativity in the monitoring and reparation of humanity’s relationship with nature, according to Ms Antonelli. In doing so, the exhibitions of the Triennale will “gather worthy case studies and jumpstart new ones.” In concrete terms, design approaches to be showcased will include synthetic biology and biodesign, co-creation, adaptive reuse, and self-assembly, among others.