At the 160th session of the General Assembly of the Bureau International des Expositions (BIE), held in Paris on 23 November, a delegation from Poland gave a presentation in support of organising Specialised Expo 2022 in the city of Łódź.

Since submitting its letter of candidature to the BIE on 15 June, the team behind Poland’s Expo 2022 bid has developed the project and presented a vision of the Expo. The presenters explained to the General Assembly why Poland is a candidate for a Specialised Expo, and provided further details on the proposed theme of the Expo, “City Re:Invented”, as well as the proposed Expo site. 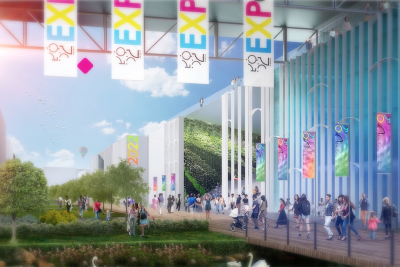 The Polish delegation was led by Piotr Gliński, Deputy Prime Minister and Minister of Culture and National Heritage, who emphasised Poland’s desire to invite all countries to engage in a constructive debate. The Deputy Prime Minister told delegates that “the idea of peaceful coexistence of different nations and cultures has been vital in Poland for centuries and it fully coincides with the idea of Expos.” 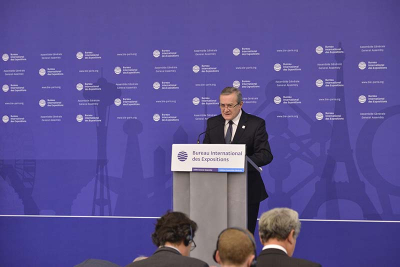 The Deputy Mayor of Łódź, Wojciech Rosicki presented the Expo project from the city’s point of view, linking it to Łódź’s past and future. Mr. Rosicki drew attention to the challenges faced by Łódź as historic buildings fell into disrepair and as the textile industry declined. Urban revitalisation policies have helped the city reinvent itself in recent years so that now, “Łódź is becoming a place where living is comfortable, working is likeable, and free time can be spent in interesting ways.” 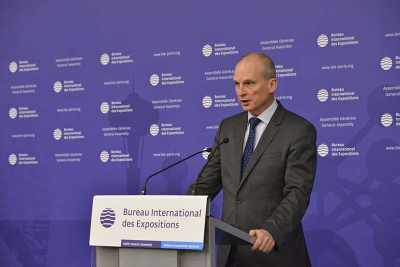 Concerning the Expo itself, Tadeusz Kościński, the Undersecretary of State in the Ministry of Development, told delegates that the Expo site would be located in the city centre and that Expo buildings would be transformed into housing, offices and service outlets. In terms of infrastructure, Łódź is already the best connected city in Poland for transport, and by 2022 the city will boast a new underground railway station and tunnel link with another of the city’s stations. 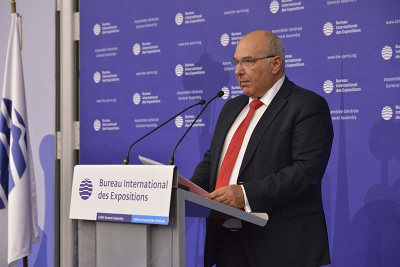 Poland submitted its bid to host Specialised Expo 2022 on 15 June 2016 and is to date the only country to have presented its candidature. The candidate list will close on 15 December 2016, after which the project examination phase will begin. BIE Member States will elect the host of Expo 2022 at the 162nd General Assembly in November 2017.