Astana, the capital of the Republic of Kazakhstan, hosted today the third edition of the Future Energy Forum, gathering over 250 stakeholders and experts in the field. The meeting is the last of its kind before Astana welcomes Expo 2017 in June next year, which has 'Future Energy' as its theme. 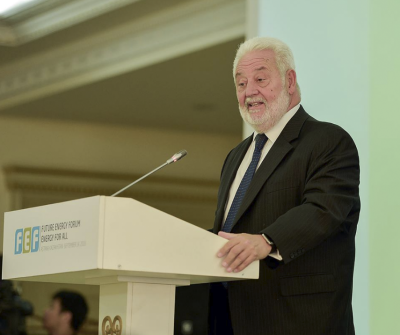 The Forum was organised under the theme ‘Energy For All’, responding to the complex question of meeting the energy needs of those in the developing world, many of whom lack access to affordable, clean energy. The sessions notably focused on the development of energy efficient practices and lifestyles, promoting accessible forms of renewable energy and ending energy poverty.

The issues raised by this meeting and preceding ones will be the focus of the main Future Energy Forum, which will run throughout the course of Expo 2017. The Forum will be one of the central events of the Expo, serving as a platform for research and debate on the topic of Future Energy. Attracting participation from international organisations, the scientific community, the private sector and NGOs, it will involve workshops, conferences, round tables and debates. The Expo will also feature an Energy Best Practices Area to showcase successful and promising policies, technologies, solutions and products in line with the Expo’s theme. 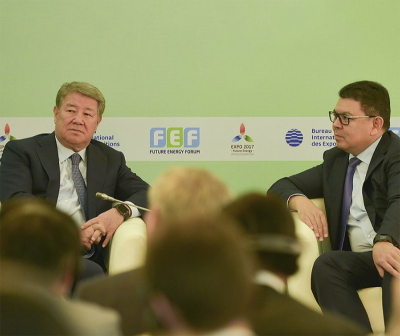 The Future Energy Forum is organised in partnership with Nazarbayev University, whose President, Shigeo Katsu, moderated the session. The opening speech was given by Akhmentzhan Yessivmov, Chairman of the Board of Astana Expo 2017 National Company, who was followed by the Secretary General of the Bureau International des Expositions (BIE), Vicente G. Loscertales, and the Minister of Energy of the Republic of Kazakhstan, Kanat Bozumbayev.

Emphasising the role of this pre-Expo forum, Mr. Loscertales stated that “access to energy in the developing world is a major challenge of our era, and Expo 2017 will be a unique opportunity to showcase solutions to this question. Far from being limited to developing countries, this debate has a global impact as the nature of energy means that it is intrinsically linked to the environment, economic growth, and well-being.”

The Kazakh capital is set to welcome over 5 million visitors between 10 June and 10 September 2017, with over 100 countries and international organisations expected to participate in the Expo.