Two months after closing its gates to the public, representatives of Expo 2017 Astana addressed the 162nd General Assembly of the Bureau International des Expositions (BIE) to give a report of the Expo and the impact it has had on Kazakhstan. 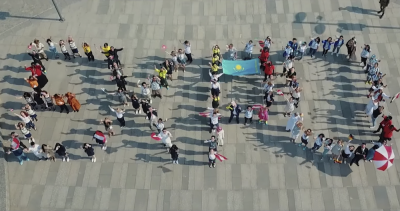 The Chairman of the Astana Expo 2017 National Company, Akhmetzhan Yessimov, declared that “Expo 2017 has become a lively page in the history of our country.” He informed delegates that 3.97 million visitors attended the Expo during its three-month run, surpassing the expected number of 2 million. This success is matched by other key indicators: Kazakhstan’s GDP increased by 4.3% in the first nine months of 2017, while the number of tourist visits to Astana increased 1.5 times compared to the same period in the previous year.

Regarding the legacy of Expo 2017 Astana, Mr. Yessimov indicated that the city already benefits from the new airport terminal and railway station that opened in the run-up to the Expo. The Expo site itself is already transitioning to the post-Expo phase, with the iconic Nur Alem sphere – home of the Kazakhstan Pavilion and Museum of Future Energy – having reopened to the public on 11 November, alongside the Best Practices Area, the two Thematic Pavilions and the Art Centre. 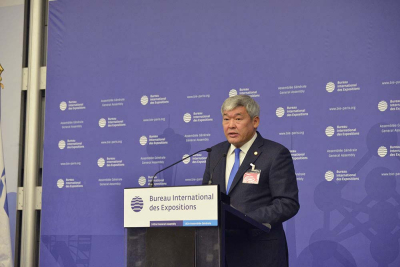 In his presentation, Expo Commissioner Rapil Zhoshybayev thanked the BIE and international participants for the success of the Expo. Delegates heard that as a result of the Expo, a visa-free travel regime has been introduced for 62 countries, as well as the launch of direct flights to four new countries.

Mr. Zhoshybayev also pointed to the major international meetings that took place within the framework of the Expo, including the first summit of the Organisation of Islamic Cooperation on science and technology, the Shanghai Cooperation Organisation summit and the “Women for Energy of the Future” forum. 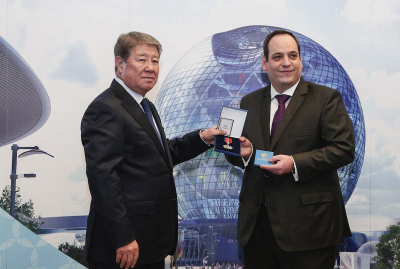 On the occasion of the General Assembly, Mr. Yessimov presented Vicente G. Loscertales, Secretary General of the BIE, with the Order of Friendship of Kazakhstan on behalf of the President of the Republic of Kazakhstan, Nursultan Nazarbayev. The award – a Dostyk Order of the 2nd degree – was accepted on Mr. Loscertales’ behalf by Dimitri Kerkentzes, Deputy Secretary General.