“The Expo has been a success. This is one of Kazakhstan’s most brilliant achievements since its independence”, declared President Nazerbayev during the closing ceremony, which was attended by 18 heads of State and government, National Commissioners, BIE Officials, Expo staff and volunteers. 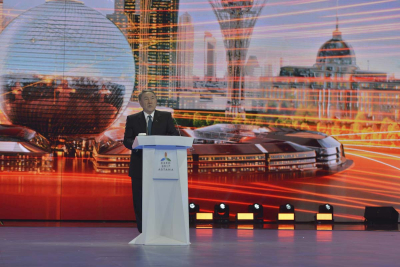 The Secretary General of the Bureau International des Expositions (BIE), Vicente G. Loscertales made a video address, declaring: “Expo 2017 Astana has united the world on its site and has inspired the international community, international participants, the private sector and civil society to renew their commitment to a sustainable future.” The Secretary General expressed his gratitude to President Nazarbayev as well as to the Organisers, Participants and volunteers for making the Expo such a success. 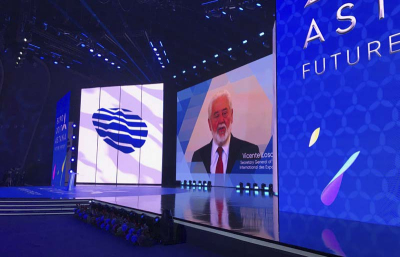 115 countries and 22 international organisations participated in Expo 2017, offering visitors a global picture of the challenges and opportunities raised by the “Future Energy” theme through educational, entertaining and immersive pavilions. Gathering policymakers, experts and business leaders through an array of events and meetings, the Expo has been a centre of discussion allowing global players to discuss the state of energy today and to shape the agenda for the future. The Future Energy Forum, a series of 12 conferences, was held within the framework of the Expo, resulting in the ‘Manifesto of Principles and Values’, a blueprint with lasting guidelines for a global energy transition. 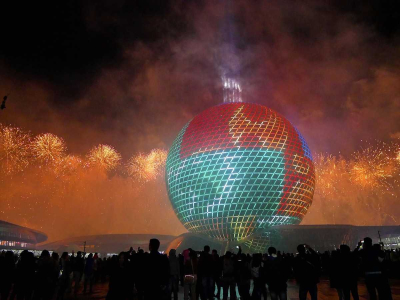 With an average of over 50,000 visitors per day in its final weeks, four million visitors attended the Expo before its gates closed to the public on Sunday evening. Dozens of cultural events each day proved just as popular as the thematic and international pavilions, as visitors from all over Kazakhstan and further afield flocked in increasing numbers to the Expo site. Marked by a spectacular light and sound show as well as energy-themed performances, the closing ceremony was the last of over 3,000 cultural and thematic events held throughout the 93 days of the Expo.

Centred around the 80-metre “Nur Alem” sphere, the Adrian Smith and Gordon Gill-designed Expo site spans 25 hectares, creating a brand new district of Kazakhstan’s capital city. The Nur Alem sphere will continue to be a popular attraction with its Museum of Future Energy, while the rest of the site will be host to business and research activities, including the newly created Astana International Financial Centre.

The next Specialised Expo will take place in either 2022/23, with the 170 Member States of the Bureau International des Expositions (BIE) to elect the host country during its 162nd General Assembly on 15 November 2017. Three candidates are seeking to organise the next Specialised Expo: Poland (Łódź), the United States (Minneapolis) and Argentina (Buenos Aires).