The XXII Triennale di Milano, themed “Broken Nature: Design Takes on Human Survival” will open to the public on 1 March 2019. In an interview with the BIE, the President of the Triennale di Milano Foundation, Stefano Boeri, and the Curator of the XXII Triennale, Paola Antonelli, explain how this 22nd edition will explore the role of design in addressing the compromised bonds that connect humans to the natural environment. 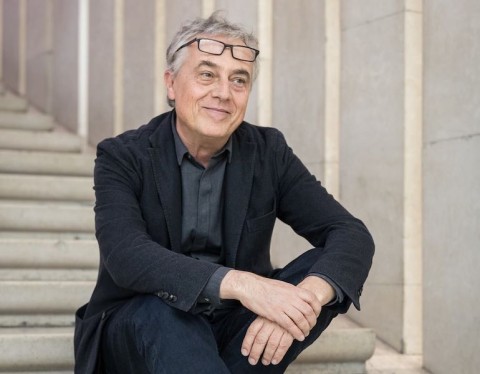 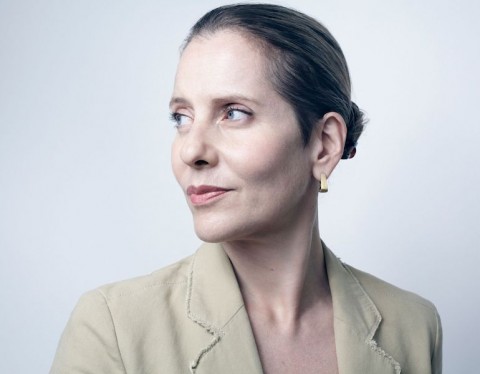 Paola Antonelli, Senior Curator of Architecture and Design and Director of R&D at the Museum of Modern Art, and Curator of the XXII Triennale di Milano. Credit: Marton Perlaki

The XXII International Exhibition of the Triennale di Milano opens on 1 March. How does it differ from previous editions?

Stefano Boeri: The International Exhibition of La Triennale di Milano is one of the most important events devoted to design and architecture. Established in 1923 as the Biennale di Monza, it began to take place every three years since 1933 and it is held in Milan's Palazzo dell’Arte designed by Giovanni Muzio. Since 1923, it has been a place where art, industry and the public converge in dialogue on culture and society. 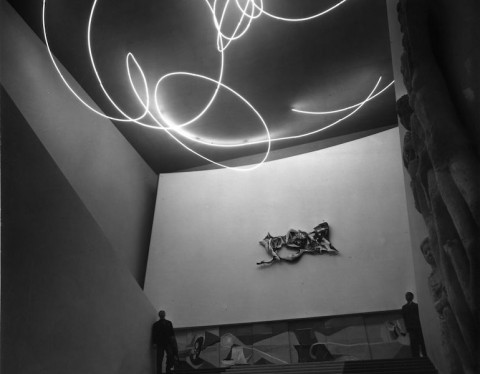 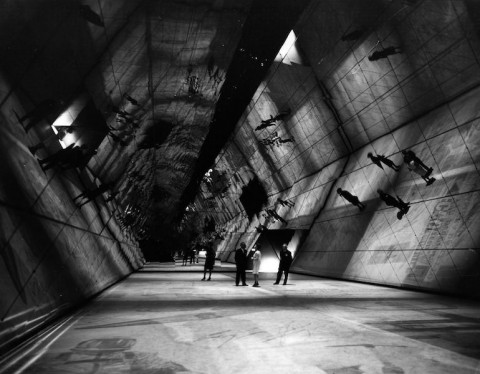 Since the end of the past century, the programming of the Triennale di Milano has been ongoing and multidisciplinary; however, in 2016, two decades after its previous edition, the 21st International Exhibition entitled "21st Century. Design After Design" was organised.

"We are proud of the high quality of the projects presented by the International Participants...with installations hailing from some of the world's leading institutions and universities"

The XXII International Exhibition of La Triennale di Milano will further assert the decision to uphold the institution's original mission, putting in dialogue design, art, science, society and so on, and presenting the thematic exhibition, Broken Nature, curated by Paola Antonelli, The Nation of Plants exhibition, curated by Stefano Mancuso, and the International Participations.

We are really proud of the high quality of the projects presented by the International Participants, solicited under the aegis of the Bureau International des Expositions (BIE) through official governmental channels. The 25 installations hail from some of the world’s leading institutions and universities, as well as countries such as Cuba, Finland, Kenya, Lithuania, and Sri Lanka, to name a few.

The themes of Expos organised under the auspices of the BIE address global challenges facing humanity. How does Broken Nature embody this mission? How far can design go in tackling these challenges?

Paola Antonelli: The XXII Triennale di Milano, “Broken Nature: Design Takes on Human Survival”, describes the concept of restorative design and studies the state of the threads that connect humans to their environments (economic, social, cultural, political) and to those of other species (animals, plants, microbes—the whole tree of life, as well as species as yet unknown), at all scales and in all systems. Broken Nature considers sustainability as linked not only to pollution, material consumption, and global warming, but also to the need for fundamental structures such as family, gender, race, class, and nationality to be as fluid and open as changing circumstances demand it to be. The exhibition gathers examples new and old, from different fields and with different applications, to establish a contemporary sphere of research and action. The actors in these scenarios are not only designers, architects, engineers, and artists, but also institutions, businesses and corporations, organisations, governments, and, most important, citizens, of all ages and backgrounds. 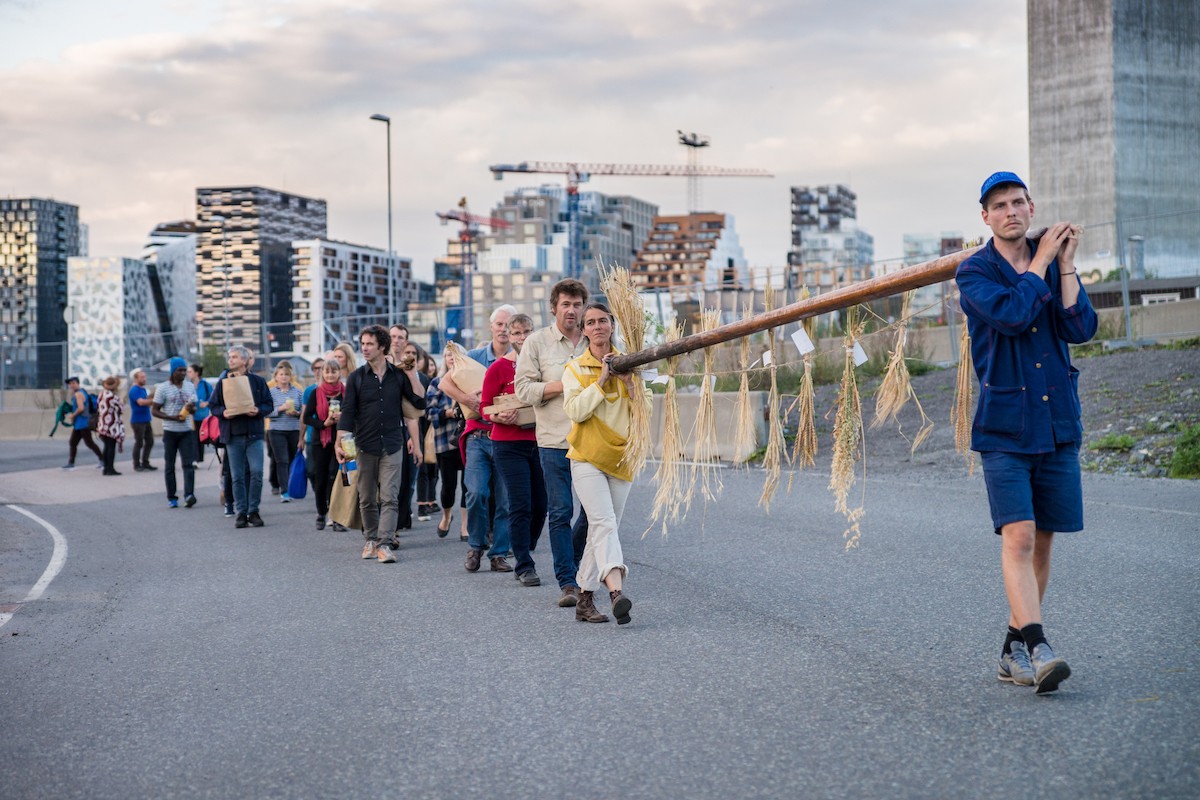 By turning its attention to the existence and persistence of (not only human) life on the planet, Broken Nature promotes the importance of creative practices in surveying our species’ bonds with the complex systems in the universe, and designing reparations into artifacts and concepts.

The thematic exhibition includes about 100 objects, concepts, and installations from the last three decades, cutting across design scales and types, from objects to buildings, from interfaces to infrastructures and cities, from the cosmos to the microbiome. Among them, Broken Nature will include new installations and objects – like Alexandra Fruhstorfer’s Transitory Yarn, Dominique Chen’s Nuka-doko, and Google Brain’s Whale Song – and milestones like Pettie Petzer and Johan Jonker’s Hippo Roller, Elemental’s Quinta Monroy housing, Martino Gamper’s 100 Chairs in 100 Days, and Zach Lieberman et al.’s Eyewriter low-cost, open source eye-tracking system. These projects, which have played an essential role in the history and advancement of design, have in some cases had a memorable impact on society and in the way humans related to the world around them. This is the first time that these projects are all placed within the same conversation, and in fact the same space, with the aim to unearth design’s potential to mediate societal and behavioral changes.

"Broken Nature focuses on our futures both immediate and remote"

The International Exhibition of La Triennale di Milano also will include three commissions by Formafantasma, Neri Oxman & Mediated Matter Group, MIT Media Lab, and Sigil Collective representing experimental collaborations among designers, engineers, and scientists; a major installation of the natural soundscapes collected by bio-acoustician Bernie Krause, rendered by United Visual Artist in an immersive installation, The Great Animal Orchestra, commissioned by the Fondation Cartier pour l'Art Contemporain on the occasion of the eponymous exhibition presented in Paris in 2016; and 25 national and one “stately” participations in the same vein, serving as anchors for discussion and debate. The distinction refers to a particular nation, that of plants, presented in an exhibition curated by Stefano Mancuso, founder of the study of plant neurobiology. Broken Nature focuses on our futures both immediate and remote, spotlighting restorative design, sometimes in the form of outright reparations, other times as steps in a subtle, incremental plan. 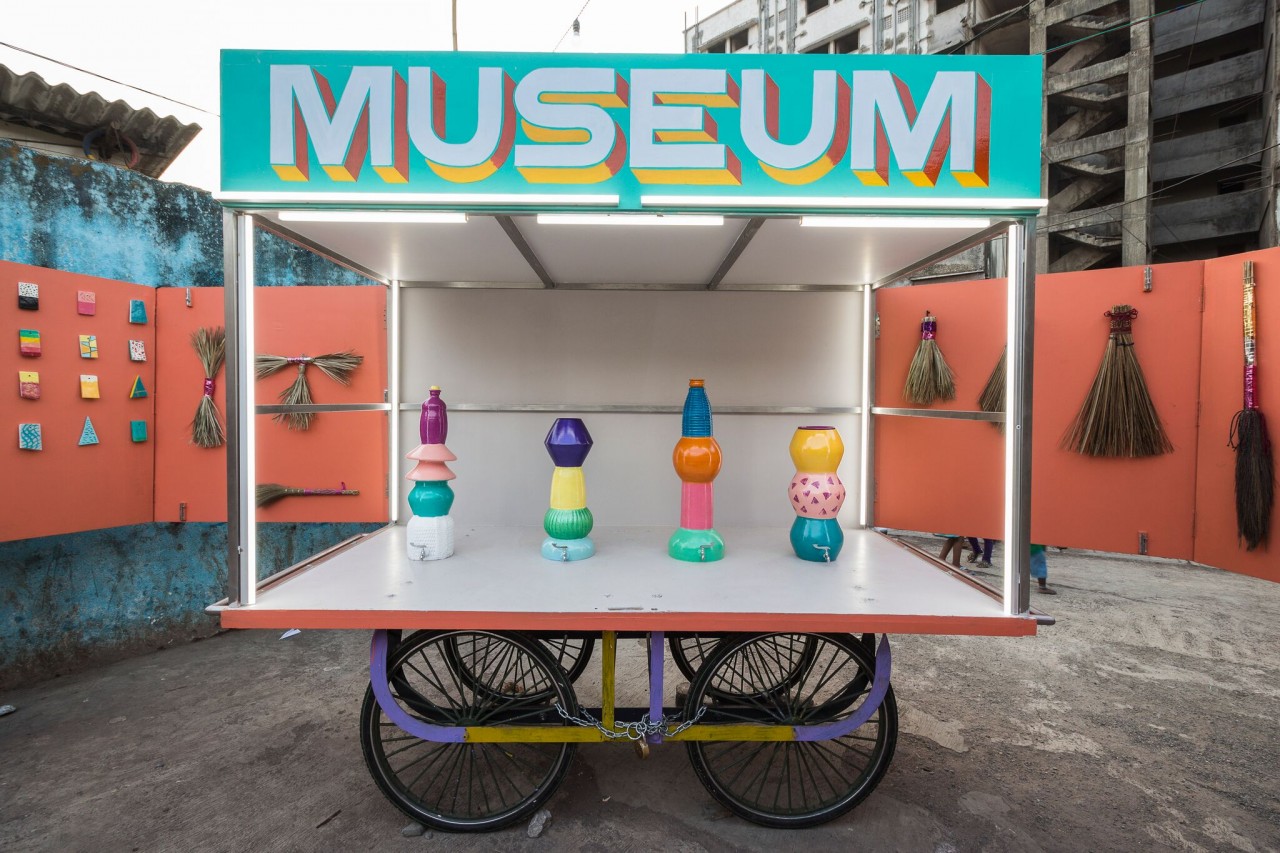 How do you see Broken Nature contributing to the evolution of La Triennale di Milano as a cultural institution?

Stefano Boeri: I believe we are at a time in society where open and honest communication is not only necessary, but revolutionary. When governments and political systems are no longer a reference point for progress, we look to other places, such as creative institutions, to facilitate that dialogue. The Triennale was designed as a cultural hub and it needs to go back to being one. My vision is to bring the Triennale back to its traditional roots as this type of place where differing points of view are considered and controversial topics are discussed. La Triennale will see a renewal across all parts of the institution, creating a true multidisciplinary center; an international reference for design, architecture, arts, and theatre. I'm working with notable curators and partners on programming that will transform the institution.

"Broken Nature will reveal how design can offer new perspectives on some of the key questions of our times. This will provide a clear outline of what our mission is as an internationally relevant cultural institution."

Our aim is to change the definition of what it is to be a cultural centre; instead of a staid institution that has no connection to modern society, the Triennale will be a place of reflection and debate, connected with the contemporary culture in a dynamic way that offers new points of view on topics that lie at the very core of our global society. Underlining the concept of restorative design, Broken Nature will focus on the relationship between humans and nature, and it will reveal how design can offer new perspectives on some of the key questions of our times. This is a very good starting point and it will provide a clear outline of what our mission is as an internationally relevant cultural institution. 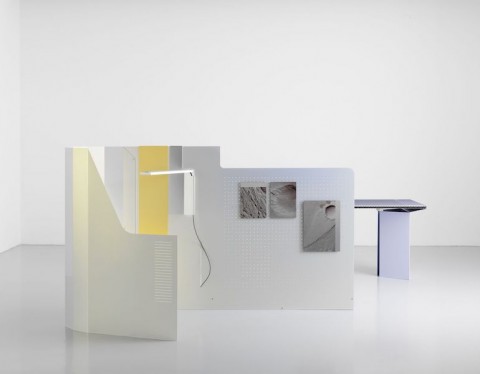 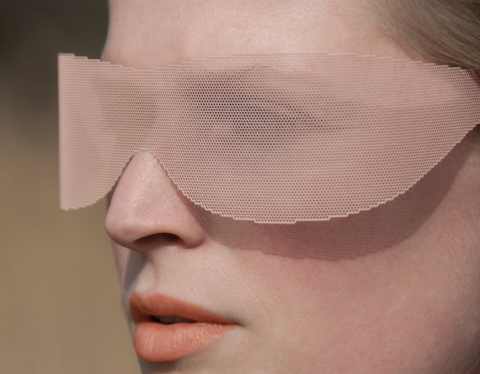 Is the public involved in the development of the XXII Triennale di Milano?

Paola Antonelli: The public will be central throughout the event. Broken Nature will appeal to the design (in its expanded sense) community, but will also attract a broader public—both a popular audience and scholars that study the sociological, economic, political and personal ramifications of design as it relates to the environment, which equally includes nature and society. A sure stop in every design pilgrim’s itinerary, La Triennale di Milano is also visited by citizens of all backgrounds. Broken Nature is for these citizens. The project was conceived by the curatorial team as an exhibition that extends well beyond the walls of La Triennale building in Milan. A robust series of programs—public and private gatherings, salons, and workshops—punctuate the lead-up to and realisation of the exhibition, and will continue during its course, and, we hope, well after. An online platform, brokennature.org, provides an edited forum for ideas and case studies, and renders the Triennale curatorial process participatory and transparent. This publishing forum is an opportunity to both expand on the themes of the XXII Triennale and extend its reach to a wider audience.

"We want visitors to acquire a sense of the complexity of the systems we inhabit, of the fluidity and unpredictability of some of our actions" 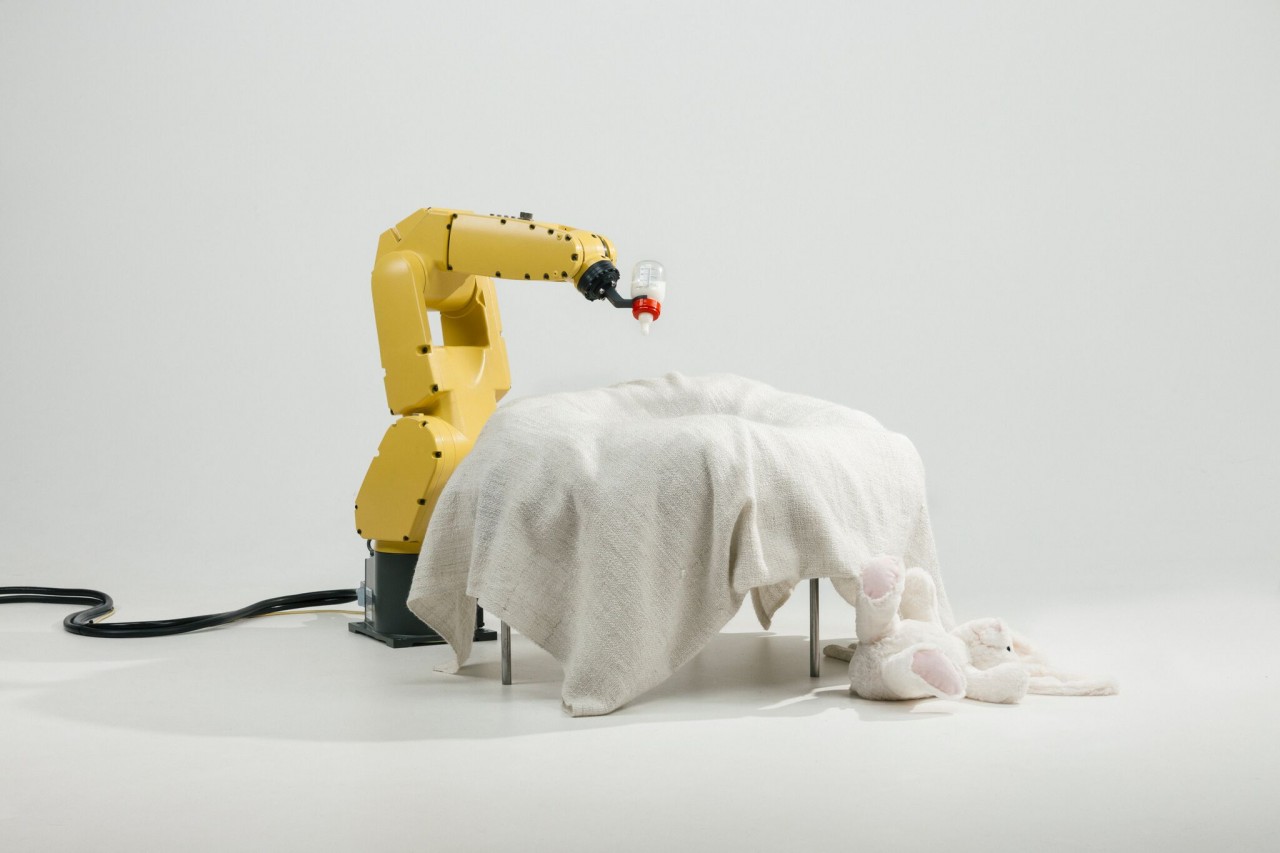 What do you hope visitors will take away?

Paola Antonelli: First, we want visitors to acquire a sense of the complexity of the systems we inhabit, of the fluidity and unpredictability of some of our actions, and of the need to understand that humans are just one of a myriad actors in the play of life. Second, visitors should profoundly comprehend the notion of long, deep time—a concept that presently goes beyond humans’ physiological limitations. This perception allows us only to measure time in generations or, worse, in fewer numbers of years, as proven by recent experiments by UCLA social psychologist Hal Hershfield, who demonstrated that most people are not even wired to imagine their own older selves. A long view is necessary for a system to be resilient. If we cannot imagine our long-term future as a species, how can we invest in it? And if these first two goals are about recalibrating our outsize sense of self, the third is about the wonders we can do within our new, revised limits. Citizen-visitors should feel inspired and leave La Triennale with an exhilarating sense of what they can do personally and how they can act in everyday life to change course.

As an International Exhibition and as an institution, La Triennale di Milano has a transformative impact on the public. What is it that makes La Triennale such an important interpreter of society?

But La Triennale is not just its International Exhibitions. The Triennale has three souls: it is a public institution, it is a building – one of the most representative rationalist examples of architecture able to bridge the gap between decorative arts, applied art, visual arts, performative arts at the same time –, it is a series of International Exhibitions. Paola Antonelli for the first time makes these three souls work together. Broken Nature will help us to understand how this amazing building can develop, as a building, but also as an institution, exploring new fields.

"The Triennale is a hub capable of connecting languages, arts, trades, professionalism, and people" 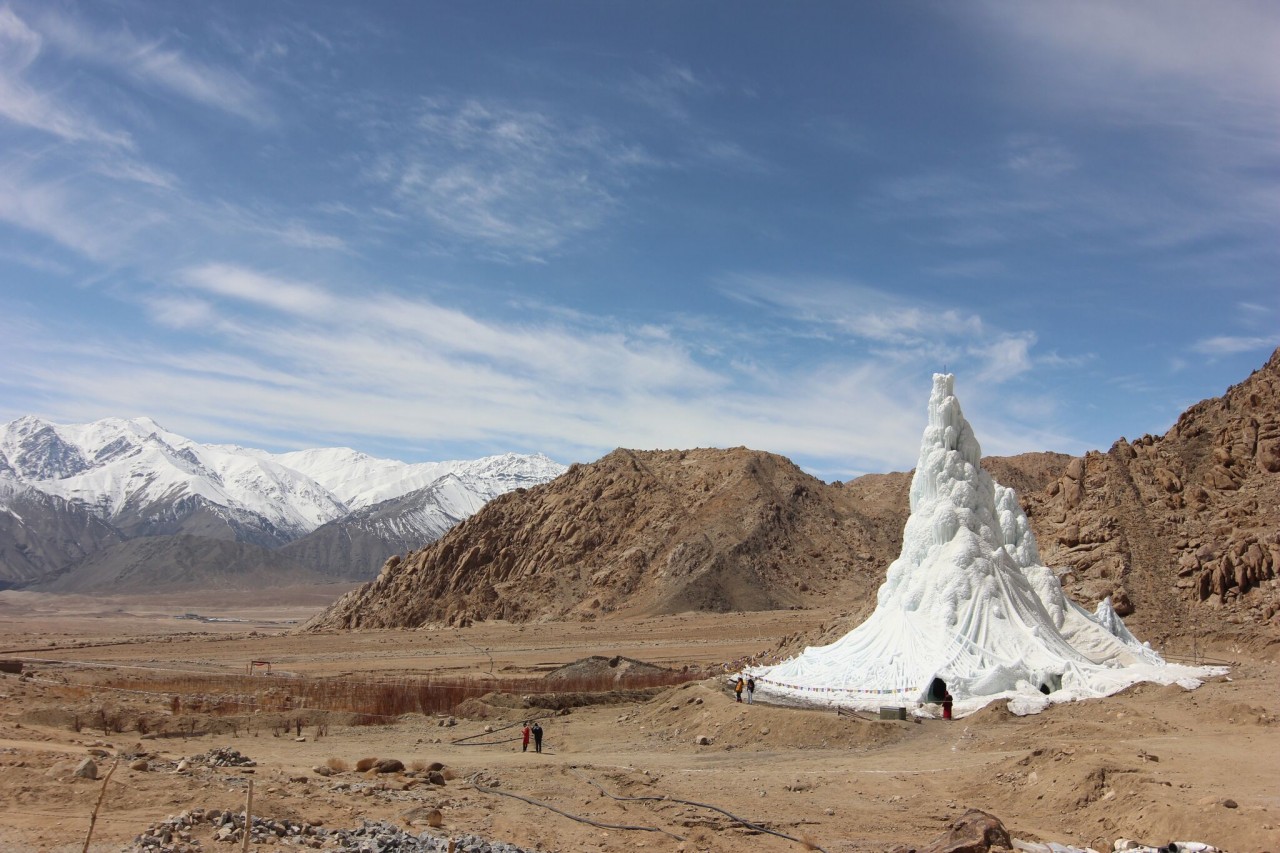 La Triennale brings together all the languages of contemporary culture: design, fashion, architecture, urban design, visual arts, new media, photography, performance, theatre, dance, and music. With a permanent activity, it organises exhibitions, meetings, performances by major architects, designers, artists, and thinkers from all over the world. It is a polyvalent and polycentric space where art and design, creativity and technology, tradition and innovation can converse.

As I said before, the Triennale is a hub: a hub capable of connecting languages, arts, trades, professionalism, and people. Moreover, La Triennale is the only Italian cultural institution with its own large-scale theatre used to host international and multidisciplinary programs. It also boasts a permanent collection of Italian design objects, a library, a historical archive, and a conservation lab specialized in contemporary art. Last but not least, the location: the Triennale is located in Milan's Palazzo dell’Arte, a unique, monumental, but modular and extremely flexible at the same time, building in the heart of Parco Sempione.

For more information on the XXII Triennale di Milano, visit the official website of the Triennale, or the dedicated Broken Nature platform.