The Secretary General of the Bureau International des Expositions (BIE), Vicente G. Loscertales, met with senior representatives of the Government of China on 12 December, during a working visit to Beijing. 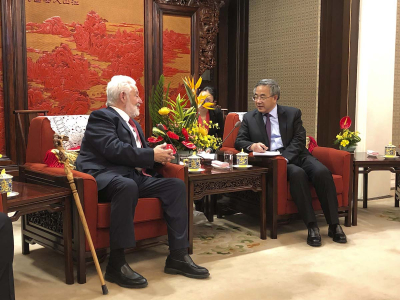 The Secretary General was received by the Vice Premier of the People’s Republic of China, Hu Chunhua, to hear about China’s further opening up efforts. The visit also included meetings with local and national authorities to exchange on the preparations for Horticultural Expo 2019 Beijing, which will open to the public in under five months. 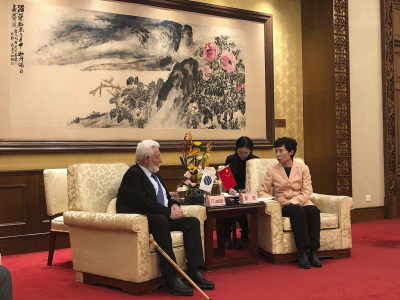 Construction on the site in Yanqing District is now at an advanced stage, with the completion of major infrastructure facilities and the Expo Village, with main pavilions and gardens now in the stage of exhibition arrangement. 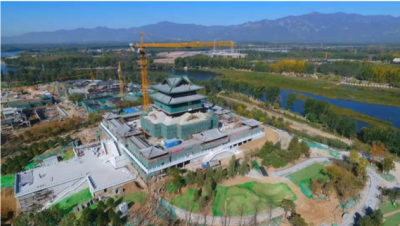 As reported during the 164th General Assembly of the BIE in November, a total of 87 countries and 23 international organisations have confirmed their participation in Expo 2019. Of these, 41 countries are building their own outdoor gardens, in addition to five creative gardens designed by internationally renowned horticulturalists.

Expo 2019 Beijing will be open between 29 April and 30 October 2019 under the theme “Live Green, Live Better”. Taking place at the foot of the Great Wall along the banks of the Guishui River, the Expo site covers 960 hectares, and is set to welcome 16 million visitors.