Less than two years until it opens, representatives of Horticultural Expo 2019 Beijing presented the 161st General Assembly of the Bureau International des Expositions (BIE) with an overview of the events’ preparations.

Delegates of BIE Member States were presented with an extensive progress report on the advancements that have been made on various infrastructure projects on the Expo site, with further details on some of the key pavilions and the Expo’s legacy. 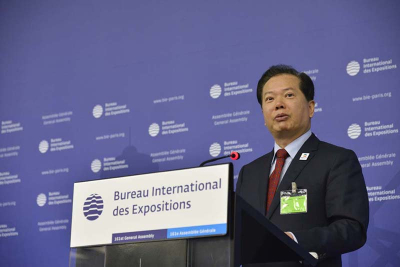 Wang Jinzhen, the Commissioner General of Expo 2019, announced that the Chinese Government’s invitations to the Expo have been well received by the international community. Currently, over 20 countries are confirmed to participate in the Expo, some of which have already visited the site to select plots for their national gardens. Mr. Wang added that the Expo site, designed to be transformed into a park and exhibition centre following the Expo, will be devoted to the flower industry as part of the Expo’s legacy. 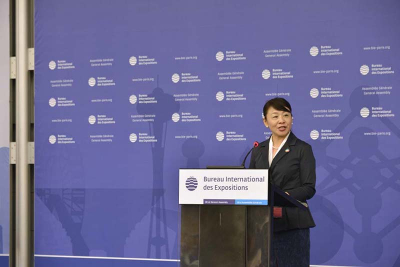 The Deputy Secretary General of the China Flower Association and Deputy Secretary of the Executive Committee of Beijing Expo 2019, Peng Hongming, informed delegates that several global partnerships have been formed with both foreign and Chinese companies, to ensure the smooth running of the Expo. Regarding promotional campaigns, Ms. Peng explained that various international communications activities are being launched, including a special documentary exploring China’s vast array of flora and its impact on the world, which will be premiered at the Expo. 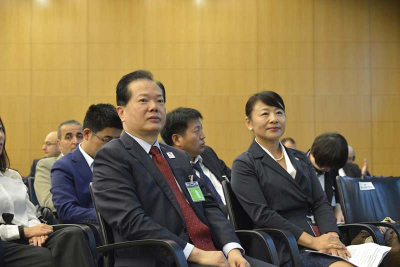 Ms. Peng also presented delegates with the Chinese pavilion at the Expo, themed “Splendour Blessings” and featuring a jade, Ruyi roof. The base of the pavilion, which covers a ground area of 48,000m2, draws inspiration from China’s agricultural landscape and takes the form of a scroll to emulate traditional Chinese folk tales. Additionally, the Life Experience Pavilion will feature unique exhibits that will enlighten visitors about traditional Chinese horticultural practices and medicines. 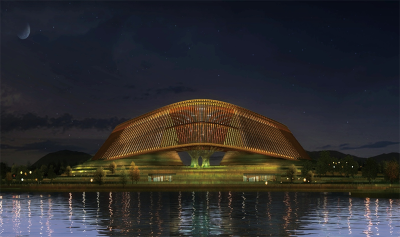 Expo 2019 Beijing is thus on track to complete most of its general landscaping and infrastructure projects by the end of the year, and intends to complete all construction of the “Green Expo site” by the end of 2018.