The organisers of Expo 2019 Beijing, the next Horticultural Expo to take place after Expo 2016 Antalya, have unveiled the emblem and mascots at a launch event at the Great Wall at Badaling, Beijing, on 19 September. With less than three years until the opening of the Expo, the launch was an opportunity to draw attention to the event under the tagline ‘Blossoming at the Foot of the Great Wall’. 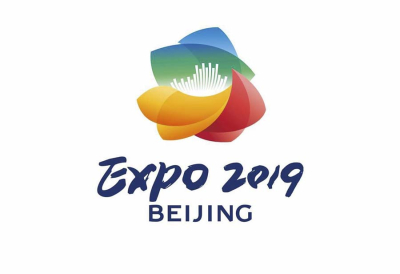 Dubbed ‘Flower of the Great Wall’, the logo consists of six different coloured petals surrounding a stylised image symbolising both the Great Wall of China and stamens rising. The design of the emblem conveys Expo 2019’s promotion of harmony between humans and nature, as well as the location of the Expo site, at the foot of the world famous Great Wall of China.

The logo was selected from over 1,900 designs that were submitted from across China and further afield. 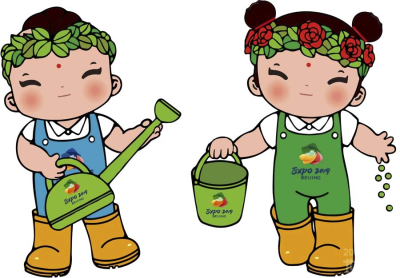 The two Expo mascots – Xiao Mengya (Little Bud) and Xiao Menghua (Little Flower) - are a young brother and sister inspired by traditional Chinese dolls. With rosy cheeks and dressed in gardener’s gear, the child mascots represent the growth of seeds into plants, and buds blossoming into flowers.

Little Bud and Little Flower are a meeting point of traditional Chinese culture and the theme of Expo 2019 Beijing – Live Green, Live Better. The two characters have been created to spread the message of a green lifestyle that will form a major axis of the Expo, with the mascots set to have a high degree of visibility through media appearances and classroom visits.

Expo 2019 is an A1-category International Horticultural Expo organised under the joint auspices of the Bureau International des Expositions (BIE) and the International Association of Horticultural Producers (AIPH). The Expo, which will be held between 29 April and 7 October 2019, is taking place on a 960 ha site in Yanqing District in Beijing, at the foot of the Great Wall at Badaling.