Azerbaijan submitted today a letter of candidature to the Bureau International des Expositions (BIE) to organise World Expo 2025 in Baku, its capital.

The letter, from President of the Azerbaijan Republic Ilham Aliyev was today handed to the Secretary General of the BIE, Vicente G. Loscertales, by S.E. Mr. Elchin Amirbayov, Ambassador of Azerbaijan to France and Head of Delegation to the BIE. 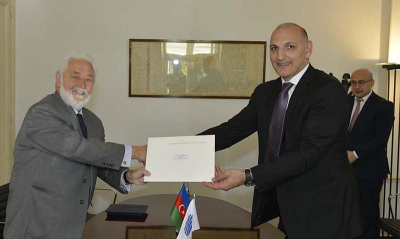 Azerbaijan’s candidature for Baku is based on the theme “Human Capital”, and the Expo would be open from 10 May to 10 November 2025.

On receipt of the letter of candidature, the Secretary General of the BIE stated that “This fourth candidature to organise World Expo 2025 reflects the fact that World Expos are transformational events. The candidate list will be closed this evening. We look forward to the project examination phase, when the BIE will find out more about the different propositions made by the candidates for World Expo 2025.” 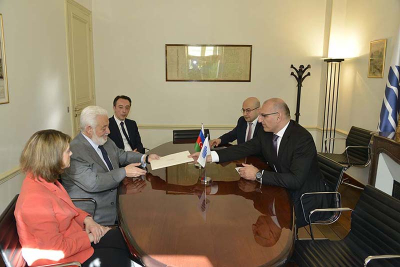