The formal recognition, approved by Member States of the BIE, was followed by the ceremonial handing of the BIE flag to Franc Weerwind, Mayor of Almere, and Jannewietske de Vries, General Director of Floriade Expo 2022, in the presence of the Ambassador of the Netherlands to France, Pieter de Gooijer.

Presenting the Expo project to delegates, the Mr. Weerwind indicated that “Floriade Expo 2022 will focus on the change from Garden City to Green City … we want to share ideas and develop innovations on a joint basis with regard to the liveable city of the future.”

The Deputy Secretary General of the BIE, Dimitri Kerkentzes, commented: “Floriade Expo 2022 will be the seventh BIE-recognised Horticultural Expo in the Netherlands, a country that leads the way in promoting the green city concept. We now look forward to the Expo project coming to life as the Netherlands invites official participants.” 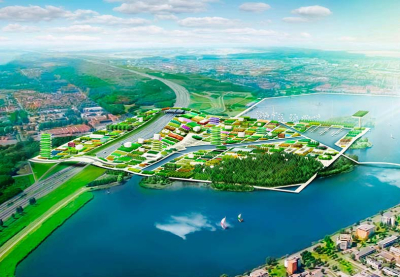 Floriade Expo 2022 will be held on a 60-hectare site in Almere, located within the Amsterdam metropolitan area in the Netherlands, between 28 April and 23 October 2022. It is being organised under the theme “Growing Green Cities”, with its four subthemes being Green, Food, Health and Energy. The Organisers of the Expo aim to address how the green city concept can be expressed and how urban challenges like feeding the city, improving the health of citizens, ensuring enough green space and reducing energy consumption will be tackled.

Starting with Floriade Expo 1960 in Rotterdam, the BIE has recognised 22 International Horticultural Exhibitions. The aim of Horticultural Expos is to promote and support a more harmonious relationship between people and nature. The gardens exhibited at these Expos reflect the cooperation, goodwill and commitment of the international community to protect, preserve and enhance the diversity and promises of nature.