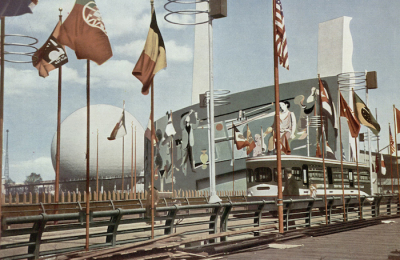 The first challenge in making the time capsule was designing an object capable of protecting many objects, 15 metres underground, for 5,000 years. Using 'Cupaloy', a non-ferrous allow claimed to be highly resistant to corrosion, Westinghouse created a special bullet-shaped capsule measuring 2.3 metres in length, with a diameter of 22cm. The ensemble was completed with an airtight glass casing, to ensure maximum protection for the contents.

Deciding on which items were to go inside the capsule was a task in itself – how could the spirit of the time be condensed into such a small amount of space? Over 100 carefully chosen items made the final cut, including a pack of cigarettes, a 35mm camera, a safety razor, children’s toys, money, millions of pages of text on a microfilm, seed samples from common crops such as wheat, corn and cotton, and even handwritten messages from figures such as Albert Einstein and Thomas Mann. 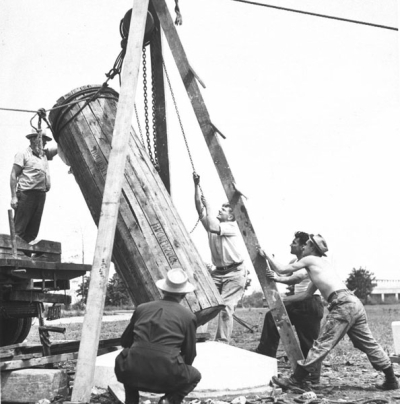 A 'Book of Record' was printed to detail the contents of the time capsule and to explain its purpose to future generations. It included a specially conceived 'Key to English' to decipher the English language for those who would uncover it 50 centuries later. Some 5,000 copies of the book were distributed to libraries, museums and even monasteries in order to ensure the time capsule is never forgotten and awareness of it would be passed on. In addition to the Book of Record, the following message was dye-stamped on the outside of the time capsule:

“Time capsule of Cupaloy, deposited on the site of the New York World's Fair on September 23, 1938, by the Westinghouse Electric & Manufacturing Company. If anyone should come upon this capsule before the year A.D. 6939. let him not wantonly disturb it, for to do so would be to deprive the people of that era of the legacy here left them. Cherish it therefore in a safe place.”