KeyArena, formerly the Washington State Pavilion during World Expo 1962 and previously called the Coliseum, an all-purpose sports and music venue, is also undergoing a massive privately financed renovation to make it home to professional NHL hockey and, it is hoped, NBA basketball. Demolition is underway and includes the interior under the iconic pyramidal roof. Other major structural elements are being retained. But the project also includes the demolition of a number of exterior structures with Expo associations but not deemed worthy of landmark protections.

Among these is the remnant of the NASA pavilion, which was a sensation at the Space Age Expo. Parts of the dismantled pavilion survived as a storage facility and was too altered for preservation. The NASA pavilion was the first by the space agency that sent Americans into orbit and eventually the Moon. Astronaut John Glenn, the first American to orbit the earth, visited the Expo and his space capsule, Friendship 7, was exhibited in the NASA pavilion. He visited along with a test pilot named Neil Armstrong, later known as the first man to walk on the Moon, the anniversary of which will be remembered worldwide on July 20, 2019. 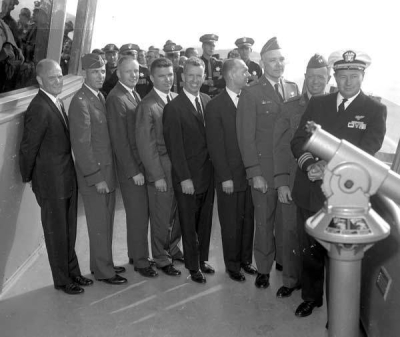 Recently, the company behind the arena renovation, Oak View Group, announced the project, previously estimated at USD 600 million, was facing a more likely price tag of USD 900 million. It is expected to be open for business in 2021. 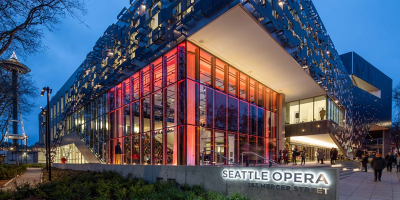 An expansion of the Seattle Opera’s facilities and headquarters at Seattle Center is complete. The USD 60 million project centralizes the opera’s functions—such as its set and costume shops—and offers rooms for more community programming.

Unfortunately, there has been loss. Seattle’s old Ice Arena, built in 1928 and renovated for Century 21 in 1962, was demolished for the expansion. During demolition it was discovered that the original arena façade was still intact beneath a modern shell exterior that had been used to cut costs during preparation for the fair. Design features on the old structure, which included a number of griffin-like “grotesques,” sculptures commonly called “gargoyles.” Two were destroyed and two salvaged from the debris. Seattle Center took possession and promised to save them and feature them somewhere on the campus. 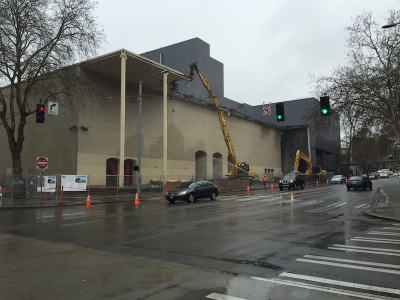 However, the carved figures were cavalierly left out under a tarp during construction and, recently, it was discovered that they had been hauled away to landfill with other construction debris. The “discovery” was made by a local arts reporter, Brangien Davis of Crosscut, who had been keeping an eye on the sculptures. They are believed to have disappeared in March.

In a follow-up story by Seattle history reporter Feliks Banel, Seattle Center officials said it was a mistake and greater care would be taken in the future. But the demolition was mishandled, as were the relics that were “saved” and then dumped.

Everyone expects the Center to continue to change and evolve, but hopefully Seattle Center, the city and the center’s tenants can improve on the carelessness shown in this case of the missing gargoyles.