1) The World Comes to You

Visit an Expo and you will be exposed to 100 or more different countries at a single site. Expos are places to learn about the world’s cultures, governments, economies, issues and travel opportunities. National pavilions are nations in microcosm. As an American, it has been fascinating to visit exhibits by countries the U.S. has contentious relationships with, like North Korea, Iran, Cuba. It gets you outside your national cocoon. 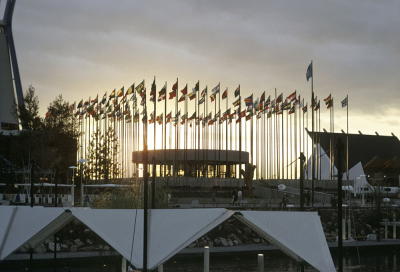 2) Getting to Know Your Hosts

An Expo makes a great base camp for further exploration in the host city or country. When visiting Milan in 2015, we stayed for two weeks just to get to know the city and see museum and art exhibits like a one-of-a-kind show of Leonardo Da Vinci’s sketches that coincided with the fair. You can dive deeper into the host country too. When I visited Expo ’98 in Lisbon, we side-tripped to the Azores. In Spain in ’92, we toured Andalusia. After Yeosu in 2012, we went up to the militarized border with North Korea—a real and sobering education in contrasts. 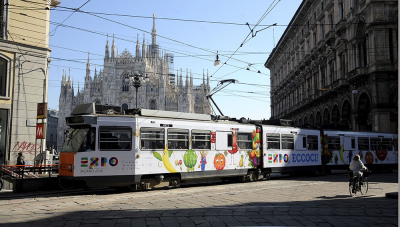 3) From Little Mermaid to Stephi Graf

Countries often bring their national treasures to Expos. Denmark’s The Little Mermaid statue was the centerpiece of the Danish pavilion in Shanghai in 2010. The Chinese pavilion there featured a bronze chariot and horses from China’s famed, 2,000-year-old terra-cotta army. The German Pavilion in Hannover in 2000 collected remarkable artifacts that included a Gutenberg press, the writing desk of the Brothers Grimm, and Martin Luther’s pulpit—not to mention a two-story plaster bust of tennis star Stephi Graf! You will see things it would take you a lifetime to track down on your own. 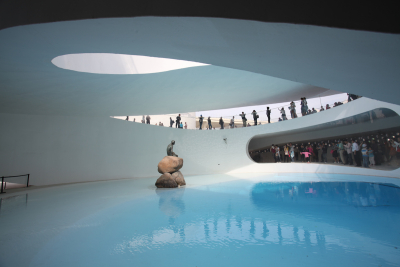 It goes without saying that Expos offer a look “around the corner” at what’s to come: video and mobile phones, monorails and Maglevs, satellite communication, new methods of recycling, virtual reality shows and holograms, innovations in architecture, all are or have been staples of Expos. Creative pavilions can make you look at things in a new light: a pavilion that operates like a giant flower, a series of ecosystems stacked vertically into a high-rise, an entire pavilion made from paper tubes. You will see innovations, large and small, showcased, and you will return knowing more than your friends and neighbors about what is possible, and what is to come. 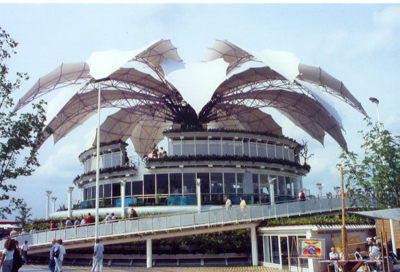 If nothing else, expos are playgrounds for the palate. I’ve had caribou steaks, Arctic chowder, Korean barbecue kangaroo, Belgian waffles, and the most refreshing adult dessert ever: vodka gelato. Many countries feature restaurants showcasing their signature dishes and styles. For example, the USA pavilion showcased food trucks in Milan. I still have fond memories of the meatballs, lingonberries and gravy at the Swedish Pavilion in Hannover. And the fresh fruit at the Austrian Pavilion in Seville kept my family going in the Spanish heat. The best part is, whatever you eat you will walk off.

6) Open the Eyes of a Child

The wonder of an Expo can make a big impression on a youngster. My grandfather attended the World Columbian Exposition of 1893 and gave me the beautiful engraved tickets from that fair. My mother, now 100 years old, remembers Chicago’s Century of Progress and its Deco architecture. My father attended the New York World’s Fair in 1939 and told me stories about it. My first Expo was the Century 21 in Seattle in ’62, and the impressions have lasted a lifetime. My kids were 10 when we went to the Expo in Seville, and they still remember the giant iceberg on display in the Chilean pavilion, the sky ride, the flamenco dancers, and the delicious flan. They were inspired to do more international travel. Expos are a way to share the world and wonder down through the generations. 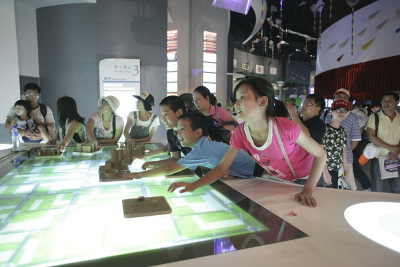