An overview of Horticultural Expos and Expo 2019 Beijing How the wider horticulture sector and Expos in general highlight the importance of the industry, the challenges and future opportunities.

The upcoming Expo 2020 Dubai is getting much attention but at present there is a Horticultural Expo, - Expo 2019 Beijing - underway. Horticultural Expo 2019 Beijing opened to the public on 29 April and runs until 7 October with the theme “Live Green, Live Better.” It is estimated that by the end of the Expo, some 16 million visitors will have attended. The Expo aims to showcase a wide variety of flowers, fruits, vegetables and herbs from across the world, including more than 300 rare and endangered plant species. 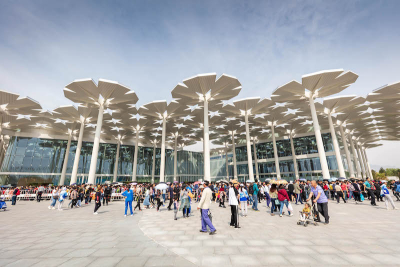 First held in Rotterdam, the Netherlands in 1960, Horticultural Expos aim to raise the public’s awareness of sustainability and environmental issues, promote the development of the horticultural and landscaping industry, and accelerate global cooperation in professional horticulture.

Expo 2019 Beijing is definitely a large-scale showcase of not only Chinese but global innovations in horticulture. The exhibition area of the site covers 500 football pitches, with the show boasting more than 1,000 varieties of Chinese flowers, 100 indoor and outdoor gardens, and pavilions of more than 110 countries. There are also over 120 non-official participants, which marked the highest attendance in the history of Horticultural Expos.

Countries who are taking part have their unique selling points and emphases. For instance, the United Arab Emirates (UAE) is focusing on greening the desert. Spanning almost 2,000m2, 80 per cent of pavilion's space is for gardening and the remaining 20 per cent is built-up space. The UAE’s pavilion showcases the country's natural landscape, palm trees, traditional agriculture, and agricultural oases. 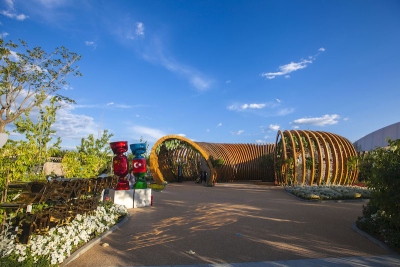 Other countries taking part include Azerbaijan, whose pavilion is modeled on a seashell. According to the director of the pavilion, Narmin Jarchalova, the seashell represents dynamism and passion for development and innovation.

The Netherlands, a leader in the horticulture sector, which last year exported 3.7 billion euros worth of cut flowers, also has a presence in Beijing. The Holland Garden pavilion has a theme of green cities, where it focuses on creating cities that are livable and colourful. 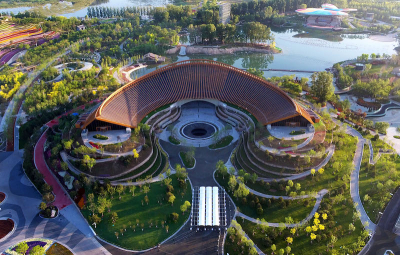 Expo 2019 is important, not jut for the various nations who are taking part, but also as an important avenue for the host country to showcase its innovations and aspirations in the horticulture sector. China is showcasing its current portfolio in this industry, as well as its ambitions and aspirations to innovate, not only in its various crop offerings, but also in its methods and technological advances. On a wider economic point of view, the fresh produce, horticulture and wider economy is an opportunity for China to demonstrate why it is a key player in the global economy. Expo 2019 Beijing aims to be a platform to promote green production, green consumption, and the green living concept, and China’s demonstration on its growth and aspirations showcases a key component of that.

Expo 2019 Beijing presents the best of the horticulture industry and offers participating countries, including China, an opportunity to demonstrate their know-how and future ambitions on a global scale. Food is an important part of daily life, which we all take for granted. By offering a showcase of the current situation and ambitions for the future, Expo 2019 Beijing and Horticulture Expos in general introduce the public to the innovations and aspirations of the horticultural industry and how basic food needs can be secured.