On 27 November, almost three months after the XXII Triennale di Milano closed its gates, representatives of Triennale Milano highlighted the success of the event during the 166th General Assembly of the Bureau International des Expositions (BIE). 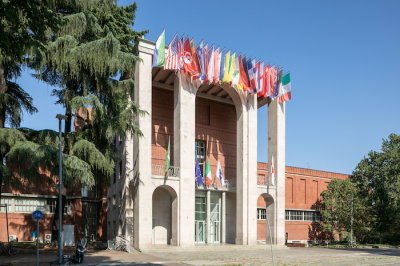 The 22nd edition of the Triennale di Milano International Exhibition, themed “Broken Nature: Design Takes on Human Survival” gathered 281,000 visitors during its six-month run, which ended on 1 September. Presenting an overview of the event and its theme, International Exhibition Manager Laura Agnesi declared that the 22nd Triennale was an “extraordinary exhibition”, and that the concept was recognised by the public and by professionals as “crucial in our time”. 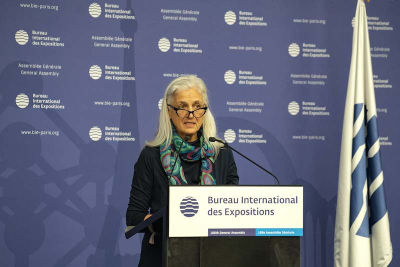 The theme of the XXII Triennale di Milano was offered through a vast array of objects, processes, artworks, installations and events, creating considerable visibility for the event on traditional as well as online media. Ms Agnesi added that for the first time, the Triennale created a series of Special Projects dedicated to exploring the theme, including the ‘Broken Nature Portraits’ web series, a podcast and a documentary. 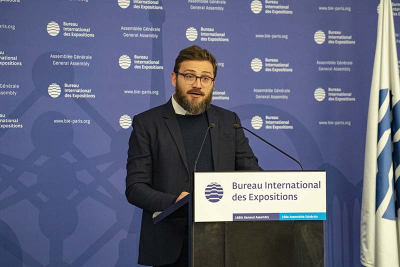 These thematic activities were bolstered by the multitude of events organised by the 21 International Participants, which included national days, workshops, symposia and cultural performances. International Relations Chief Officer Marco Sammicheli informed the General Assembly that the success of the international participations continues even after the event, with several countries now exhibiting their pavilions elsewhere, including the United Kingdom Pavilion in the Jameel Art Centre in Dubai, the Netherlands Pavilion in the Het Nieuwe Instituut in Rotterdam, and the Cuba Pavilion at the Faculty of Architecture of Florence. Additionally, the “Broken Nature” thematic exhibit is scheduled to be presented in New Yorks’ Museum of Metropolitan Art in 2020.

Looking towards the future, Member States were informed that, like the latest edition, the next edition of the Triennale di Milano International Exhibition will aim to address urgent challenges facing the planet such as climate change, migration and inequalities. In a video address, Triennale Milano President Stefano Boeri reaffirmed his ambition for the 23rd Triennale di Milano to engage a vast range of actors and to place global warming at the centre of discussions.