Taking place between 1 March and 1 September 2019, the next edition of the Triennale di Milano will be organised under the theme “Broken Nature: Design Takes on Human Survival.” 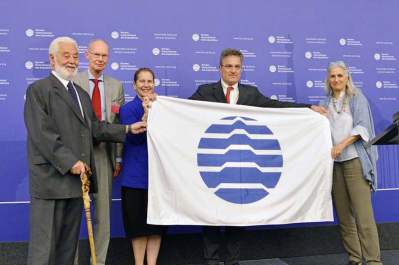 The formal recognition, approved by Member States of the BIE, was followed by the ceremonial handing of the BIE flag to the Managing Director of the Triennale di Milano Foundation, Carlo Morfini, in the presence of the Curator of the 22nd Triennale, Paola Antonelli.

Presenting the 22nd edition of the Triennale di Milano to BIE delegates, Mr. Morfini indicated that “It is a great honour for La Triennale di Milano that the BIE has recognised the XXII International Exhibition. This new edition shows our commitment to give continuity to this important international event, which was revived in 2016, and to remain faithful to the mission of the BIE. Thanks to the curatorship of Paola Antonelli and the high quality of the participation from all over the world, we will bring together the international design community and reflect on how design can offer new insight into the relationship between humans and nature.” 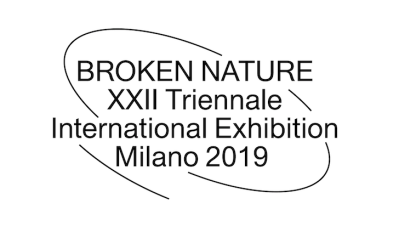 The Secretary General of the BIE, Vicente G. Loscertales, commented: “After the success of the 21st edition of the Triennale in 2016, we now look forward to the 22nd edition of the international exhibition, which gather creative talents from around the world to show how design offers us a way to correct the course of humanity using new objects, processes and aesthetics.”

The 22nd Triennale will be centred in the Palazzo dell’Arte and in the surrounding area of Parco Sempione. Organised under the curatorship of Paola Antonelli, Senior Curator of Architecture and Design and Director of Research & Development at The Museum of Modern Art, the exhibition will feature exhibits by international participants solicited through official channels, six major commissioned experimental collaborations, as well as ongoing existing projects.

Dedicated to architecture and city planning, culture and design, the Triennale di Milano International Exhibition is organised by the institution that bears the same name, with the support and endorsement of the BIE, the Italian Government, the City of Milan, the Lombardy region, and the Milan Monza Brianza Lodi Chamber of Commerce. The 1933 edition of the Triennale di Milano was the first to be recognised by the BIE, with a total of 14 editions having been recognised since.