At the 165th General Assembly of the Bureau International des Expositions (BIE), the Organisers of Floriade Expo 2022 Amsterdam-Almere presented delegates with an overview of progress made and upcoming activities. 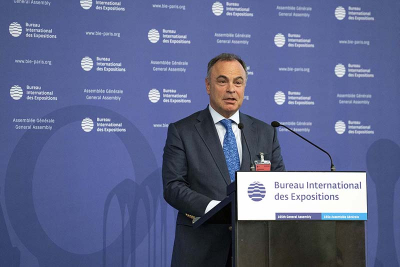 Underlining the strong connection between the Netherlands and horticulture, the newly-appointed CEO of Floriade Expo 2022, Peter Verdaasdonk, stated that “Growing Green Cities”, the theme of the Expo, “brings together the revolution that we are envisaging in Dutch horticulture, and the realisation of the green city of the future.”

Mr. Verdaasdonk explained that the Expo has three principal layers within its life-cycle: the “making of”, the Expo itself, and its legacy – a “green city” for Almere. Focusing on the current - “making of” - phase, Mr. Verdaasdonk informed delegates about the development of the site, engagement initiatives, participation and promotion of the Expo. 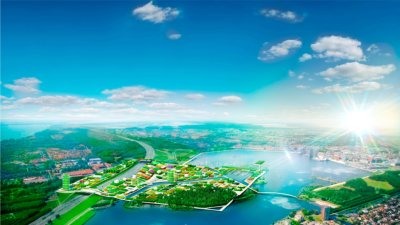 In terms of progress on the site, delegates of Member States were told that the second phase of planting to create the final arboretum recently began, and that the construction of the Highway A6 is expected to be finished by August. Mr. Verdaasdonk added that the site will feature its own cable car, with a project to this effect recently launched.

As the site comes to life, engagement efforts are intensifying. These notably focus on the local community through a number of initiatives, including guided tours, the Floriade Business Club, volunteering programmes, and the ‘Urban Greeners’, which focuses on start-ups.

At the international level, Mr. Verdaasdonk informed delegates that Floriade Expo 2022 Amsterdam-Almere is currently being showcased within the framework of the Netherlands’ participation at Expo 2019 Beijing. Additionally, a special edition of the “Floriade Dialogues” series dedicated to sponge cities will take place there in June.

In terms of participation, the General Assembly heard that progress is being made, with three international participants already confirmed. In addition, national participation will play a significant role in Floriade Expo 2022, including the Dutch Government, horticultural associations, knowledge institutes and companies.