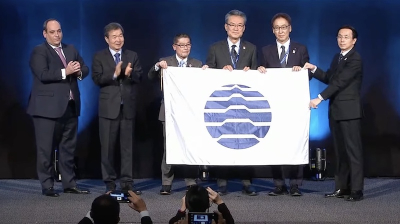 Taking place in Yokohama, Japan, between 19 March and 26 September 2027, the Horticultural Expo will be organised under the theme “Scenery of the Future for Happiness”.

BIE Member States, gathered in the General Assembly in Paris, unanimously agreed with the BIE Executive Committee’s recommendation to grant recognition to Expo 2027 Yokohama, requested by the Government of Japan. This recognition confirms the status of the Horticultural Expo as an International Exhibition and makes it possible for Japan to invite international participants via diplomatic channels. 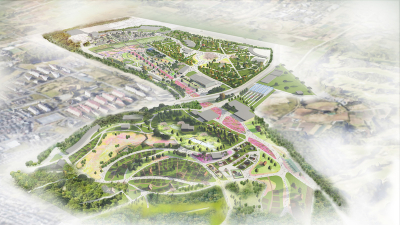 To mark the formal recognition, the BIE flag was ceremoniously handed to Toshiyuki Hayashi, Vice-Minister, Ministry of Land, Infrastructure, Transport and Tourism of Japan.

Addressing the General Assembly via video message following the recognition, Japan’s Minister of Land, Infrastructure, Transport and Tourism, H.E. Tetsuo Saito, indicated: “Under the theme “Scenery of the Future for Happiness”, this Expo aims to create a sustainable society coexisting with nature, in which people have a deeper sense of happiness through their relationship with flowers and greenery.”

The Secretary General of the BIE, Dimitri S. Kerkentzes, stated: “Horticultural Expos play an important role in supporting and showcasing green solutions to the challenges facing people and the planet. Expo 2027 Yokohama, by gathering countries from around the world, will highlight not only the vital role of nature for humanity and for generating happiness, but also the importance of repairing, restoring and maintaining it for future generations.”

Expo 2027 Yokohama is the 24th International Horticultural Exhibition to be recognised by the BIE since 1960. Horticultural Expos promote and support a more harmonious relationship between people and nature, and reflect the cooperation, goodwill and commitment of the international community to protect, preserve and enhance the diversity and promises of nature.

Japan is a founding member of the BIE, and the country has significant experience in hosting Expos, having successfully organised World Expos in 1970 and 2005, Specialised Expos in 1975 and 1985, and its first Horticultural Expo in 1990 in Osaka. Japan is also the host country of the next World Expo, taking place under the theme “Designing a Future Society for Our Lives”, Expo 2025 Osaka Kansai.