One month after the opening ceremony of Horticultural Expo 2019 Beijing, Organisers of the event delivered a report to the 165th General Assembly of the Bureau International des Expositions (BIE) on 28 May 2019.

Chen Zhou, Commissioner General for Expo 2019 Beijing and Vice Chairman of the China Council for the Promotion of International Trade (CCPIT), informed delegates of the Expo’s successful opening ceremony, which included a speech by Chinese President Xi Jinping entitled “Working Together for a Green and Better Future for All”, as well as a speech by BIE Secretary General Vicente G. Loscertales. The “Live Green, Live Better”-themed Expo thus began on a strong note, in the presence of numerous dignitaries including 10 heads of state. 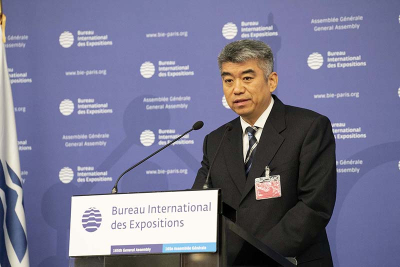 Liu Dongsheng, a member of the Organizing Committee and Vice Administrator of the National Forestry and Grassland Administration (NFGA) indicated that the Expo is a platform to raise public awareness of green life and sustainable development, telling delegates about China’s hope that Expo 2019 can “play a positive role in promoting international cooperation and communication in the global green industry”. 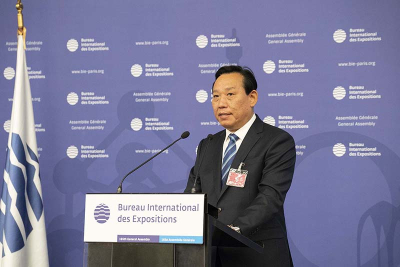 Public awareness of the Expo and its theme is supported by continuous and high-level media coverage, delegates were told by Peng Hongming, the Deputy Secretary-General of the China Flower Association. Ms Peng also informed the General Assembly about the successful launch of “Smart Expo”, the official Horticultural Expo app, which features practical information and allows users to virtually visit the site and learn more about horticulture. 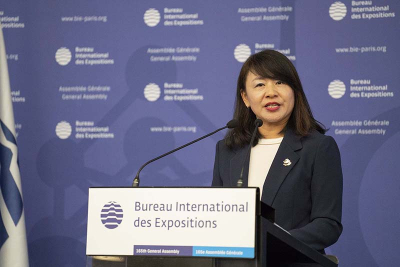 Delegates were informed that the successful opening weeks of the Expo have led to it receiving a total of over 1 million visits so far. Some 300 activities have already been held in the framework of the Expo, with a total of 2,500 events set to take place before it closes its gates. These include National Days, Provincial and Municipal Days, international forums as well as flower competitions, with the first, dedicated to peonies, having drawn 135 contestants from 10 countries.