The Republic of Korea submitted today a letter of candidature to the Bureau International des Expositions (BIE) to organise World Expo 2030 in Busan. 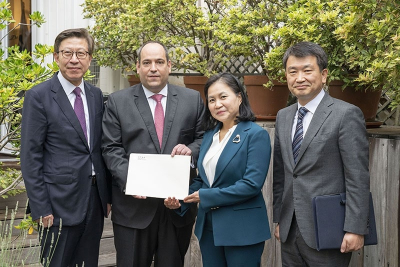 The Republic of Korea’s candidature is based on the theme “Transforming Our World, Navigating Toward a Better Future”, and if successful, the Expo would take place in the city of Busan between 1 May and 31 October 2030.

The Republic of Korea’s candidature follows Russia’s candidature, submitted on 29 April, which opened the six-month window during which any other countries wishing to organise World Expo 2030 may notify the BIE of their candidature. At the end of this candidature phase – on 29 October 2021 at 5pm CET – the BIE will close the candidate list. 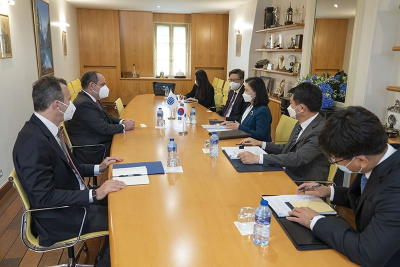 The Secretary General of the BIE, Dimitri S. Kerkentzes stated: “The BIE is pleased to receive the Republic of Korea’s letter of candidature, which constitutes the formalisation of a project that has long been in preparation. The marked interest in hosting World Expo 2030 demonstrates the fundamental role that World Expos play as forward-looking motors for positive change and urban transformation.”

The Republic of Korea has previously organised two Specialised Expos – the first in Daejeon in 1993 and the second in Yeosu in 2012. As a regular and active participant in World and Specialised Expos, the country has been rewarded on several occasions for its participation.