The Kingdom of Saudi Arabia submitted today a letter of candidature to the Bureau International des Expositions (BIE) to organise World Expo 2030 in Riyadh.

The letter, from Crown Prince HRH Mohammed bin Salman Al Saud, was handed to the Secretary General of the BIE, Dimitri S. Kerkentzes, by the CEO of the Royal Commission for Riyadh City (RCRC), Fahd Al Rasheed, and the Ambassador of the Kingdom of Saudi Arabia to France, Fahad Al Ruwaily. 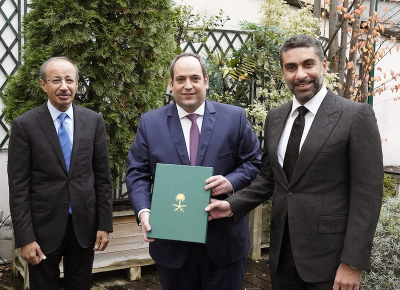 Saudi Arabia’s candidature is based on the theme “The Era of Change: Leading the Planet to a Foresighted Tomorrow”, and if successful, the Expo would take place in the city of Riyadh between 1 October 2030 and 1 April 2031.

The Secretary General of the BIE, Dimitri S. Kerkentzes stated: “The BIE is pleased to receive this letter of candidature from the Kingdom of Saudi Arabia, the fifth country to seek the organisation of World Expo 2030. The strong interest in hosting World Expo 2030 attests to the global desire to re-connect with each other and to build a future that is more sustainable by fostering innovation and cooperation.” 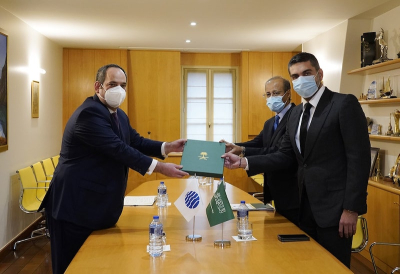 Saudi Arabia’s first World Expo participation was at Expo 1958 in Brussels and it has actively participated in World and Specialised Expos ever since. It was rewarded with a Silver Award for pavilion design at Specialised Expo 2008 Zaragoza, as well as a Gold Award at World Expo 2010 Shanghai.