Italy submitted today a letter of candidature to the Bureau International des Expositions (BIE) to organise World Expo 2030 in Rome.

The letter, from Prime Minister Mario Draghi, was handed to the Secretary General of the BIE, Dimitri S. Kerkentzes, by the Undersecretary of State for Foreign Affairs, Manlio Di Stefano, in the presence of Ambassador Massimo Riccardo, Italy’s Delegate to the BIE. 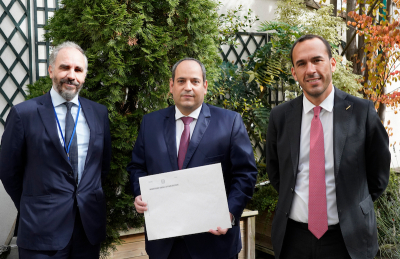 Italy’s candidature is based on the theme “The Horizontal City: Urban Regeneration and Civil Society”, and if successful, the Expo would take place in the city of Rome between 25 April and 25 October 2030.

The six-month candidature phase for World Expo 2030 was launched on 29 April 2021 when the Russian Federation notified the BIE of its candidature. This was followed by the Republic of Korea’s candidature, submitted to the BIE on 23 June 2021. The BIE will close the candidate list on 29 October 2021 at 5pm CET. 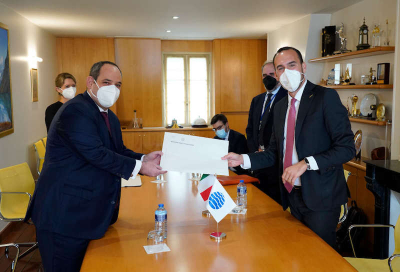 Italy is a founding Member States of the BIE and is a regular and active participant in World and Specialised Expos. It has hosted two World Expos in Milan (in 1906 and 2015) as well as five Specialised Expos, and is the host country of the International Exhibition of Triennale Milano.