Spain submitted today a letter of candidature to the Bureau International des Expositions (BIE) to organise a Specialised Expo in Malaga in 2027.

The letter, from the Minister of Foreign Affairs, European Union and Cooperation, José Manuel Albares Bueno, was handed to the Secretary General of the BIE, Dimitri S. Kerkentzes, by the Ambassador of Spain to France, H.E. Victorio Redondo Baldrich. 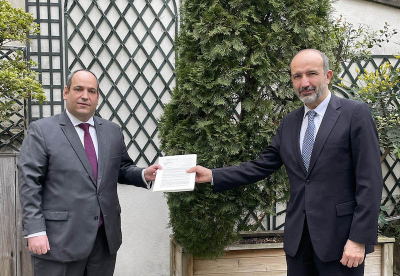 Spain’s candidature is based on the theme “The Urban Era: towards the Sustainable City”, and if successful, the Expo would take place in Malaga, between 5 June and 5 September 2027. 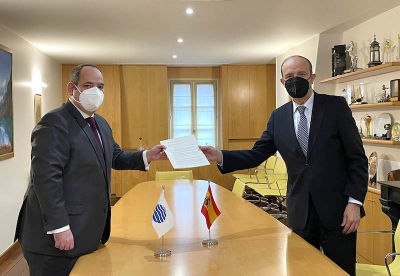 The Secretary General of the BIE, Dimitri S. Kerkentzes declared: “The BIE is pleased to receive Spain’s letter of candidature, which constitutes the formalisation of a project that has been developed for some time. The strong interest in hosting this Expo attests to the shared desire to bring countries together to address common challenges.”

Spain has been present at Expos since the first – the 1851 Great Exhibition in London. In 1888, Barcelona hosted a World Expo, followed by a second one in 1929. As an active participant and organiser of Expos, Spain is a founding Member State of the BIE, signing the Paris Convention in 1928. Spanish involvement in Expos has continued ever since, with active participation in both World and Specialised Expos, and with the organisation of World Expo 1992 in Seville and Specialised Expo 2008 in Zaragoza.

Expos are global events that explore a chosen theme through engaging and immersive discoveries. Among the different categories of Expos, Specialised Expos are designed to respond to a precise challenge facing humanity and may take place in the interval between two World Expos. Specialised Expos are limited in terms of duration - lasting up to three months - and space - with the site not exceeding 25 hectares. The exhibition site is entirely built by the Organiser, Participants being provided with pavilion space.