Serbia submitted today a letter of candidature to the Bureau International des Expositions (BIE) to organise a Specialised Expo in Belgrade in 2027.

The letter, from Prime Minister Ana Brnabić, was handed to the Secretary General of the BIE, Dimitri S. Kerkentzes, by the Ambassador of Serbia to France and Monaco, H.E. Natasa Maric. 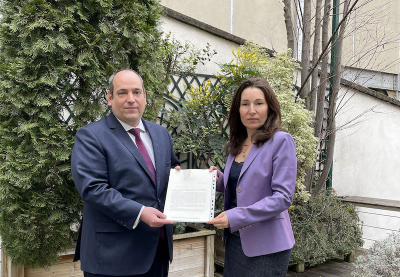 Serbia’s candidature is based on the theme “Play for Humanity – Sport and Music for All”, and if successful, the Expo would take place in Belgrade between 15 May and 15 August 2027. 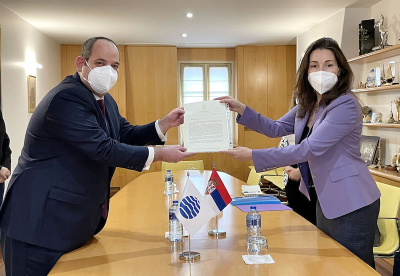 The Republic of Serbia has been a member of the BIE since 2010, but the country’s involvement in Expos dates back to the 19th century. Today, Serbia participates regularly in World and Specialised Expos, and is currently taking part in World Expo 2020 Dubai with its own pavilion themed “Serbia creates ideas”.