Representatives of the Bureau International des Expositions (BIE) have completed their Enquiry Mission as part of the examination of the United States’ candidature to organise a Specialised Expo in Minnesota in 2027 under the theme “Healthy People, Healthy Planet: Wellness and Well-Being for All”.

Members of the Enquiry Mission, led by the President of the BIE Executive Committee, Alain Berger, looked into all aspects of the Expo project submitted by the United States and laid out in its candidature dossier. The delegation was composed of Delegates of three BIE Member States, and the Secretary General of the BIE, Dimitri S. Kerkentzes, and was accompanied by BIE officials. 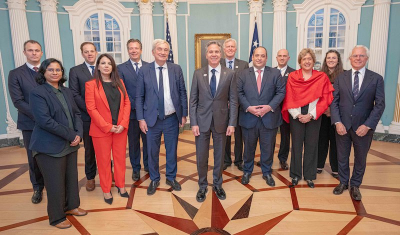 Over the course of five days, Members of the Enquiry Mission received detailed presentations of the candidature project, visited the proposed Expo site in Bloomington, and exchanged with national and local officials, as well as representatives of the business community and members of civil society.

Having arrived in Minnesota on 9 October, Members of the Enquiry Mission were welcomed by Minnesota USA Expo 2027 officials including Chairman Bob Clark and President and CEO John Stanoch. Meetings were held with the Governor of Minnesota, Tim Walz, Lt. Governor Penny Flanagan, Senator Amy Klobuchar, and Representative Dean Phillips, as well as the Mayor of Bloomington, Tim Busse. The delegation travelled to Washington D.C. on 12 October, where they were received by Federal Government officials including Secretary of State Antony J. Blinken, National Security Advisor Jake Sullivan and U.S. Surgeon General Dr. Vivek Murthy. 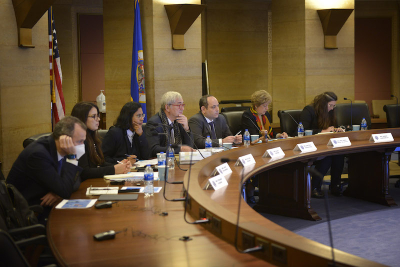 The candidature dossier submitted by the United States outlines a vision for a Specialised Expo addressing health and well-being as a hopeful, unifying topic that binds global citizens together. The Expo would be held between 15 May and 15 August 2027 on a site located roughly in the geographical centre of the Twin Cities region, in Bloomington’s South Loop development district. The candidature committee forecasts that over 100 countries and 30 international organisations and NGOs would participate in the Expo, and that it would receive 14.3 million visits during its three-month opening period.

The Enquiry Mission to the United States is the fifth and final to be carried out as part of the project evaluation phase for Specialised Expo 2027/28, with Enquiry Missions to Thailand, Argentina, Serbia and Spain having already taken place. The findings of the Enquiry Missions will be discussed by the BIE’s Executive Committee on 21 October 2022, which will decide to retain the candidatures it considers to be feasible and viable. In June 2023, during the 172nd General Assembly of the BIE, the host country of Specialised Expo 2027/28 will be elected via secret ballot by BIE Member States, on the principle of one country one vote.