One year after the election of Japan as the host country of World Expo 2025, Member States of the Bureau International des Expositions (BIE) were informed about ongoing and upcoming preparations, with an Expo 2025 delegation presenting a progress report to the 166th General Assembly of the BIE. 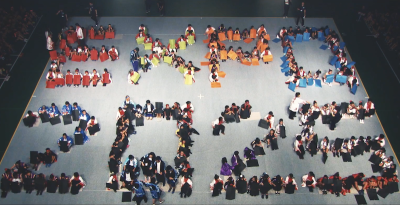 Expo 2025 Ambassador Sadayuki Sakakibara offered an overview of the Government of Japan’s recent activities in preparation of the event, including the appointment of Hiroshi Kajiyama, the Minister of Economy, Trade and Industry, as the Minister in charge of Expo 2025 Osaka Kansai. Mr. Sakakibara added that the Registration Dossier for the Expo has been developed in consultation the BIE, and that it will be submitted before the end of the year. 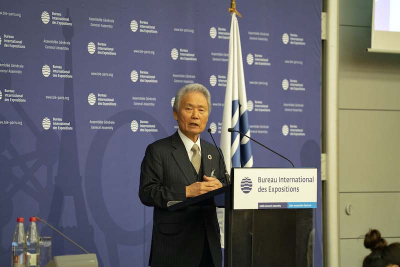 As for site preparations, further details were provided by Hiroyuki Ishige, Secretary General of the Japan Association for Expo 2025. Mr. Ishige indicated that the Expo Organiser already has more than 100 employees, with its operational focus on developing and executing the Master Plan. This notably includes ongoing progress on land reclamation on the Expo site on Yumeshima Island, with infrastructure development due to begin in 2023. 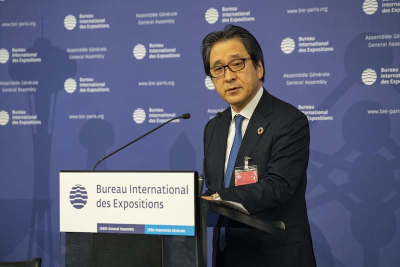 Alongside the Master Plan, the General Assembly heard about the various activities taking place to develop the theme of Expo 2025, “Designing Future Society for Our Lives”. This includes the organisation of an ideathon event in Shenzhen, China, which featured group discussions on the ways in which Expo 2025 Osaka Kansai can be used as a platform to advance the Sustainable Development Goals (SDGs). The People’s Living Lab initiative, which aims to conceive the Expo site as a test field for future society, was also presented. Involving experts in various domains and companies that can contribute to co-creation, the first meetings on promoting the People’s Living Lab were held in November 2019.

The delegation concluded its presentation by noting that a public contest has been launched to design the logo for Expo 2025 Osaka Kansai. The selection committee for the contest is chaired by celebrated architect Tadao Ando, and the final decision is expected in May 2020.