The Secretary General of the Bureau International des Expositions (BIE), Vicente G. Loscertales, has arrived in Tokyo as part of a Technical Visit to Japan to review preparations for World Expo 2025 Osaka Kansai.

The four-day visit includes a meeting in Tokyo with Sugawara Isshu, Japan’s Minister for Economy, Trade and Industry, as well as three technical meetings to discuss the Expo 2025 Osaka Kansai Registration Dossier. 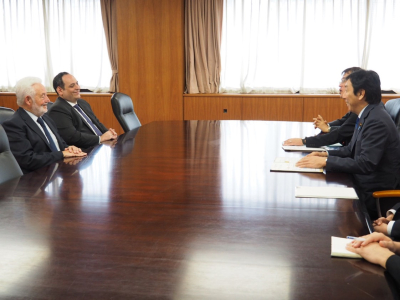 Following on from its election as host country, Japan has been preparing the Registration Dossier, based on the bid dossier it submitted during the candidature phase. The Registration Dossier, which must be submitted to the BIE no later than 3 May 2020 - five years before the planned opening date of the Expo -, presents a detailed plan for the implementation of the Expo, including legislative and financial measures, the Expo site Master Plan, and legacy plans.

As part of the technical visit, the Secretary General, accompanied by the Deputy Secretary General, will also go to Osaka, where they will be received by Governor Hirofumi Yoshimura and Mayor Ichiro Matsui. This will also be the opportunity for the BIE to meet with the Japan Association for the 2025 World Exposition, the official Expo Organiser appointed by the Government of Japan. 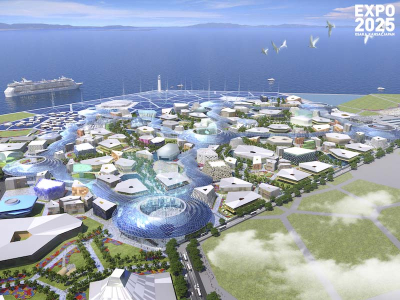 The Secretary General will also visit the Expo site, planned on Yumeshima Island, a man-made island in the Bay of Osaka. A visit to the Tower of the Sun Museum, located in the Expo ’70 Commemorative Park, the former site of World Expo 1970 Osaka is also scheduled.

The Secretary General indicated: “Since its election as host country, Japan has shown its strong willingness, once again, to work closely with the BIE and its Member States at all stages in the organisation of a successful Expo. We look forward to making progress on the Registration Dossier and submitting it for approval to the General Assembly so that preparations can begin in earnest.”

BIE Member States elected Japan as host country of World Expo 2025 on 23 November 2018. Themed “Designing Future Society for Our Lives”, the Expo is set to take place between 3 May and 3 November 2025.