Japan’s Minister for World Expo 2025 Osaka Kansai, Kenji Wakamiya, has met with the Secretary General of the Bureau International des Expositions (BIE), Dimitri S. Kerkentzes, to review preparations for the next World Expo, opening in less than three years. 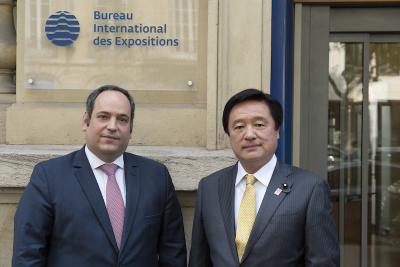 As part of a European visit focused on international participation in Expo 2025 Osaka Kansai, Minister Wakamiya visited the BIE headquarters in Paris to discuss progress in the organisation of the Expo and the status of participation. Some 105 countries and 7 international organisations have so far announced their intention to participate in the next World Expo. 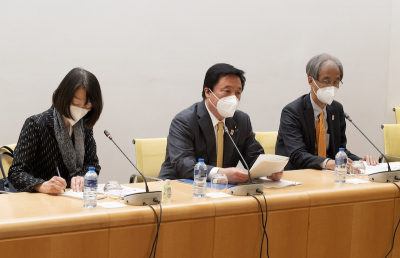 The meeting comes a month after the closing ceremony of Expo 2020 Dubai, during which the BIE flag was lowered by the UAE and handed over to Minister Wakamiya and the Governor of Osaka Prefecture, Hirofumi Yoshimura. The closing of Expo 2020 Dubai marks a turning point in the road towards Expo 2025 Osaka Kansai, with Japan encouraging all potential participating countries to confirm in the coming months. 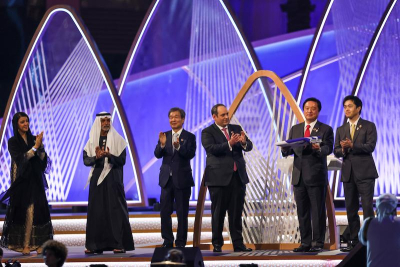 The Minister and the Secretary General also reviewed progress on the thematic development of the Expo, including the extension of the ‘People’s Living Lab’ programme, as well as promotional activities such as the recently-launched Join2025 campaign.

The BIE Secretary General stated after the meeting that: “After the successful conclusion of Expo 2020 Dubai, all eyes are now on Japan, which is steadily preparing to deliver a ground-breaking World Expo in 2025. With multiple challenges facing the world, the Expo’s goal of designing a future society to achieve the SDGs calls for co-creation and the unity of action, not only in Japan but across the globe.”

A delegation from Expo 2025 Osaka Kansai will present a progress report to all BIE Member States during the 170th General Assembly of the BIE, taking place in Paris on 20-21 June.

World Expo 2025 Osaka Kansai will take place on a 155-ha site in Yumeshima Island between 13 April and 13 October 2025. The Expo will address the achievement of the Sustainable Development Goals (SDGs) under the theme “Designing Future Society for Our Lives”, with its three subthemes being Saving Lives, Empowering Lives and Connecting Lives.