After two rounds of voting during the BIE’s 164th General Assembly in Paris, a majority of Member States voted for Japan’s project to organise World Expo 2025 in Osaka, Kansai under the theme “Designing Future Society for Our Lives” between 3 May and 3 November 2025. 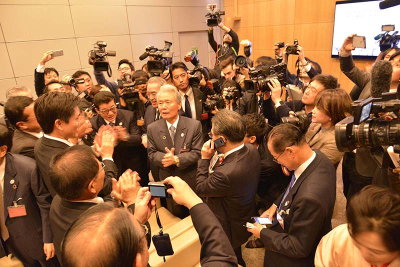 “The election of Japan as the host country of World Expo 2025 marks the start of an exciting journey for Osaka”, declared the Secretary General of the BIE, Vicente G. Loscertales. He added: “the Expo project, based around the co-creation of a future society to address global challenges, has a strong resonance with the international community. After the memorable success of World Expo 1970, we look forward to seeing a World Expo once again come to life in Osaka, Kansai.” 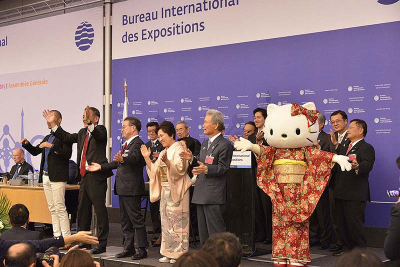 Eligible and present Member States, represented by government-appointed delegates, elected the host country in a secret ballot using electronic voting, on the basis of ‘one country, one vote’. As no candidate received the two-thirds majority required to win in the first round, Japan and Russia moved into a second round, where a simple majority of votes cast is required to be elected.