The Expo 2025 Osaka Kansai See Agreement, the legal framework that paves the way for Japan to create the conditions for international participation, has today entered into force.

Signed between the Government of Japan and the Bureau International des Expositions (BIE), the See Agreement – known as Accord de Siège in French - guarantees the privileges and special conditions for official participants in the next World Expo, in line with BIE rules. The agreement means that the Government of Japan, as World Expo host country, commits to creating all the necessary conditions for the 175 official participants (150 countries and 25 international organisations) expected to take part in Expo 2025 Osaka Kansai. 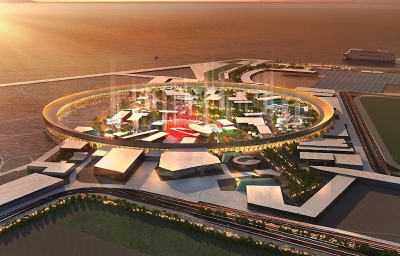 Signed by the Secretary General of the BIE, Dimitri S. Kerkentzes and the Ambassador of Japan to the United Arab Emirates, H.E. Akio Isomata, on 15 February 2022, the Expo 2025 Osaka Kansai See Agreement was ratified by the National Diet of Japan on 20 May, and approved by the Japanese Council of Ministers on 26 July, following the completion of the internal procedures necessary for its entry into force.

The Secretary General of the BIE indicated: “With the Expo 2025 Osaka Kansai See Agreement, a new milestone has been reached in the building of a globally inclusive World Expo. This legal framework means that participants from around the world can scale up their plans for engaging and life-affirming pavilions at Expo 2025 Osaka Kansai.”

The next major step in the preparations towards the next World Expo will be the first International Planning Meeting, which will be held in October 2022. The meeting, taking place in Osaka, will gather for the first time all confirmed and interested international participants, alongside Expo Organisers and BIE officials. It will notably allow the host country and participants to intensify cooperation as the Expo’s pavilion and visitor experience are being planned. To this date, 138 countries and international organisations have already confirmed their participation in Expo 2025 Osaka Kansai.

World Expo 2025 Osaka Kansai will take place on a 155-ha site on Yumeshima Island between 13 April and 13 October 2025. The Expo will address the achievement of the Sustainable Development Goals (SDGs) under the theme “Designing Future Society for Our Lives”, with its three subthemes being Saving Lives, Empowering Lives and Connecting Lives.