The logo of World Expo 2025 Osaka Kansai has been revealed following the final meeting of the jury for the Expo 2025 logo competition.

The logo was selected from among 5,894 entries submitted during an open contest launched in November 2019. A shortlist of five logo designs was revealed on 3 August for public comments, with the selection committee, headed by architect Tadao Ando, revealing its final decision today. 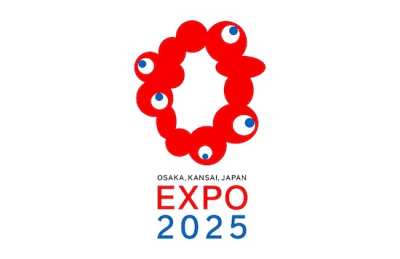 Created by Shimada Tamotu of “Team Inari”, the chosen logo represents Expo 2025’s aim to foster worldwide cooperation in building a society where everyone can pursue their own way of life and demonstrate their own potential to the fullest. The logo design features ‘bouncing’ red cells symbolising life and co-creation, essential aspects of Expo 2025 Osaka Kansai, with its theme “Designing Future Society for Our Lives”.

Japan was elected to host World Expo 2025 in Osaka, Kansai during the 164th General Assembly of the Bureau International des Expositions (BIE) in November 2018. Expo 2025 is set to take place on a 155-hectare site in Yumeshima Island in the Bay of Osaka between 13 April and 13 October 2025.