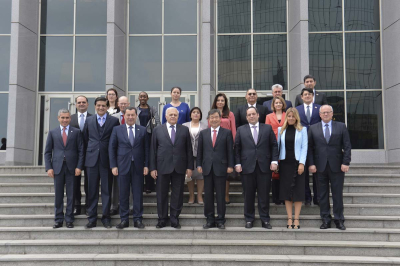 The Enquiry Mission arrived in Azerbaijan on Monday, 16 April for a three-day programme during which they met with political leaders, learnt more about the Expo project and its theme, “Developing Human Capital, Building a Better Future”, and exchanged with representatives of the Expo bid. 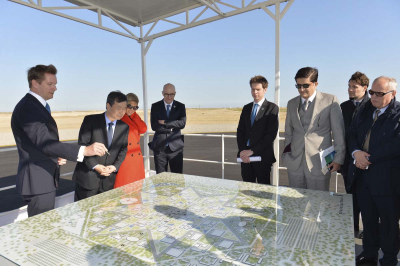 The Enquiry Mission received detailed presentations of the bid project and was given a tour of the proposed Expo site, located east of Baku, close to the international airport. During the presentations, the Enquiry Mission exchanged with key figures involved in the development of the Expo bid, including architects, event planners, youth representatives, and entrepreneurs. The delegation also visited the Heydar Aliyev Centre, where they were presented with an overview of Azerbaijan’s global projects and construction industry. 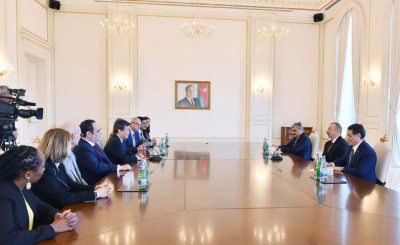 Reiterating the broad level of national support for the Expo 2025 project, the President of the Republic of Azerbaijan, Ilham Aliyev, met with the Enquiry Mission on 18 April.

On the final day of the visit, the Enquiry Mission visited Milli Majilis, the National Assembly of the Republic of Azerbaijan, where they met with Speaker Ogtay Asadov.