A delegation from the U.S. city of Minneapolis visited the BIE headquarters in Paris on 11 May 2016 as part of preparations for a potential bid for the International Specialised Expo to be held in 2022 or 2023. The BIE Secretary General, Vicente G. Loscertales, met with the delegation to discuss the bid.

The proposed theme for the Expo is ‘Wellness and Well Being For All’, building on Minneapolis’ reputation as a centre for healthcare and its status as one of the United States’ healthiest cities. The idea for the Expo bid is the result of private-public partnership, with bi-partisan support and the Bid Committee being funded by the private sector.

“Expo 2023 will showcase Minnesota’s global leadership in a wide range of economic, social and civic arenas, including healthcare and wellness,” stated Mark Ritchie, the Director of the Bid Committee. The mayor of Minneapolis, Betsy Hodges, and the President of the City Council, Barbara Johnson, both threw their support behind the bid campaign in 2015. In a joint letter, Hodges and Johnson stated that “when the world visits Minneapolis, it will experience the way we embrace the outdoors during every season and witness the way we value infrastructure that encourages healthy behaviours.” 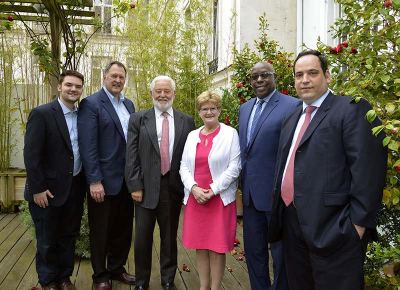 The Bid Committee claims that the Expo could attract between 10 and 15 million tourists to Minnesota, with overseas visitors expected to spend $4 billion. An Expo bid would form part of the city’s aim to attract talent and foreign investment, and to promote science and technology-related jobs.

In accordance with BIE regulations, the government of a country wishing to organise an International Specialised Expo can only submit its candidature a maximum of six years and a minimum of five years before the opening date of that Expo, but once a candidate files its bid to the BIE for an Expo, the other candidates have a maximum of six months to state their intention to compete for the same Expo.

Since the foundation of the BIE, the United States has hosted two World Expos and four International Specialised Expos, the last of which was held in New Orleans in 1984. The United States became a member of the BIE in 1968 but left in 2001. The rules stipulate that Member States are given priority over non-Member States for the organisation of an Expo, and that in the absence of a candidate from a Member State, bids from non-Member States require a two-thirds majority in any round of voting to secure the right to organise the Expo.

Minneapolis is the largest city in the U.S. State of Minnesota. The city adjoins State capital Saint Paul, with the combined urban area having a population of 3.8 million.

For more information on the bid project: http://expo2023.info/