The Polish city of Łódź is ramping up its preparations for a potential bid for the International Specialised Expo to be held in 2022 or 2023. On 12 May 2016, a delegation from the Government of Poland met with the Secretary General of the BIE, Vicente G. Loscertales, in a visit to the BIE headquarters. The delegation was led by Radosław Domagalski-Łabędzki, Deputy Minister of Economic Development, accompanied by Andrzej Byrt, Ambassador of Poland to France and Monaco.

The potential bid would be based around the theme ‘the reinvention of the city’, as local authorities see Expo 2022/23 as being part of a long-term project to develop the New Centre of Łódź. The Expo would make use of existing venues in the area including the city’s Grand Theatre, the EC1 cultural centre and the campus of the University of Łódź. 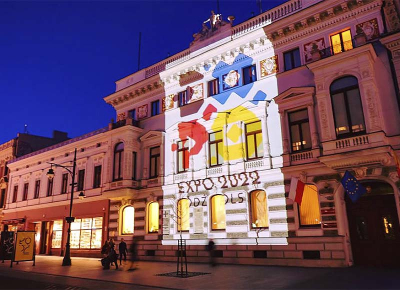 The proposed Expo theme reflects the city’s own journey: having historically been an industrial centre, Łódź faced an economic decline in the 1990s and embarked on an urban renewal policy, with a notable focus on the quality of life of its residents. Former textile factories have been transformed into offices and leisure facilities, and the city’s mayor, Hanna Zdanowska, has emphasised the development of infrastructure for the ‘free-time industry’.

In early 2016, Łódź launched a campaign to encourage support for the bid project, with images of the Expo project being displayed around the city since 1 April.

In accordance with BIE regulations, the government of a country wishing to organise an International Specialised Expo can only submit its candidature a maximum of six years and a minimum of five years before the opening date of that Expo, but once a candidate files its bid to the BIE for an Expo, the other candidates have a maximum of six months to state their intention to compete for the same Expo.

Poland was a founding member of the BIE in 1928, although it left the organisation between 1950 and 1960. The country has never hosted an Expo, but it has participated in many World and International Expos. Łódź is Poland’s third largest city with a population of over 700,000.

More information on the bid project can be found on its Facebook page: www.facebook.com/LodzExpo2022/