At the 165th General Assembly of the Bureau International des Expositions (BIE) on 28 May, Gabriela Ricardes of Argentina’s Ministry of the Federal System of Media and Public Content presented Member States with the latest developments concerning Specialised Expo 2023 Buenos Aires. 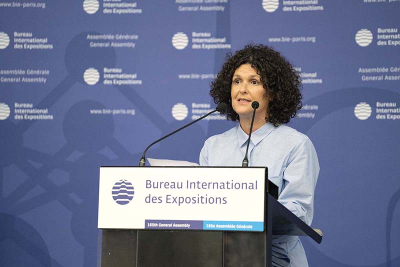 This presentation was Argentina’s first opportunity to report to the representatives of the 170 Member States of the BIE since the submission of the Recognition Dossier for Expo 2023 Buenos Aires in January. Ms Ricardes thanked delegates and the Secretary General for their comments on the Dossier, and indicated that their input is being taken into consideration.

Regarding the development of the Expo site, Ms Ricardes indicated that on 21 May, Organisers announced six calls for ideas, with one project to be launched per week, running until 3 September. Open to a broad range of professionals, this competition includes major pavilion designs, the organisation of public space, as well as the Expo’s antena and viewpoint. 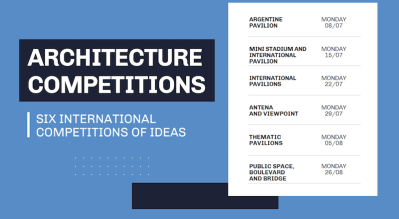 Ms Ricardes added that these calls for proposals were based on the Organiser’s willingness to make the Expo a key driver for improving the quality of urban life in the spirit of sustainable development, and to serve as an enduring legacy for the Expo.

The General Assembly also heard about Argentina’s efforts to encourage participation in the Expo, both from countries from around the world as well as from the creative industries.

On the national scale, the Argentinian Senate adopted a law on the “knowledge economy” in March, which is set to strengthen the creative industries in Argentina. Internationally, meetings have been organised with the Interamerican Development Bank, and a seminar entitled “Week of the Future” is set to gather countries from across the region to discuss the current status and the potential of these industries.