The Organisers of Horticultural Expo 2019 Beijing presented a progress report to the 162nd General Assembly of the Bureau International des Expositions (BIE), which took place on 14-15 November 2017 in Paris.

Delegates of BIE Member States were presented with an extensive progress report on the preparation work for the next Horticultural Expo, including updates on participation and further details on the key features of the Expo site. 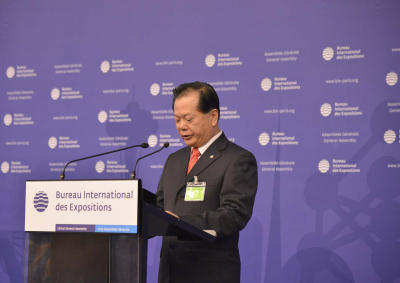 After presenting a film demonstrating the progress made on the Expo site, Wang Jinzhen, the Commissioner General of Expo 2019, told delegates that “great strides” have been made in preparations for the Expo. Mr. Wang announced that nearly 70 countries and international organisations have already confirmed participation in Expo 2019 Beijing, and encouraged delegates of other countries to confirm in the near future. 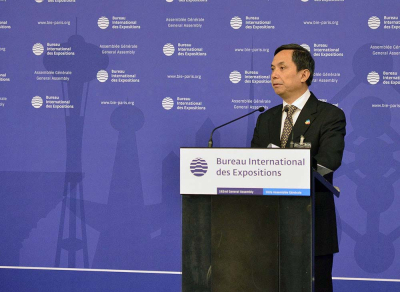 Representing the host city, the Vice-Mayor of Beijing, Lu Yan, emphasised the importance of Expo 2019 to his city and to China. He told delegates that the “Live Green, Live Better” theme will demonstrate China’s efforts “to strengthen the development of an ecological civilization and build green industry.” In doing so, the Expo will be a platform for participants to share horticultural experiences and to promote cultural exchange. 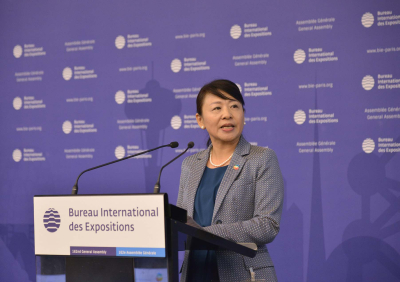 The Deputy Secretary General of the China Flower Association, Peng Hongming, presented delegates with further details about the development of the Expo site, international promotion of the event, and the planned participation of more than 30 Chinese provinces, regions and cities. Ms. Peng indicated that more than half of landscape engineering and infrastructure works are completed, and that construction is underway on the China Pavilion, the International Pavilion, and the Life Experience Pavilion.

Regarding the exhibits, Ms. Peng announced plans to feature collections of gardens from innovative global designers, as well as practical demonstrations that integrate the latest horticultural technologies. As such, the next Horticultural Expo will be an “exceptional, splendid and memorable feast of horticulture.”