As part of the bidding process for the organisation of Specialised Expo 2022/23, an Enquiry Mission from the Bureau International des Expositions (BIE) has arrived in Buenos Aires. The delegation will assess the bid submitted by the Republic of Argentina to organise a Specialised Expo in the city between 15 January and 15 April 2023. It is the last of three such Enquiry Missions, the other two having already been carried out in the other two candidate countries, the United States and Poland. 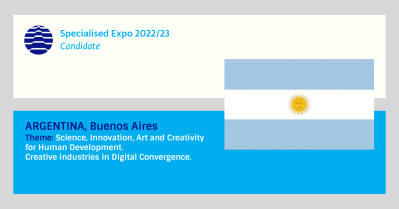 Members of the Enquiry Mission arrived in Buenos Aires earlier today and will spend the next four days assessing the bid project. The BIE delegation will visit the proposed Expo site, receive detailed presentations of the bid project, and will meet and exchange with key figures behind the Expo project. The visit will include meetings with the President of Argentina, Mauricio Macri, Government Ministers, and the Mayor of Buenos Aires, Horacio Rodríguez Larreta.

The BIE delegation includes the Secretary General of the BIE, Vicente G. Loscertales and Ambassador Jai-chul Choi, Delegate of the Republic of Korea to the BIE and Chairman of the Executive Committee, who chairs the Enquiry Mission.

The task of the Enquiry Mission is to assess and validate the feasibility and viability of the Expo project, a necessary step for the candidature to go further in the selection process. This evaluation will ascertain Argentina’s proposals for Expo 2022/23 following the recent submission of its bid dossier.

The bid dossier outlines the candidate’s vision for the Expo and identifies the theme of the proposed Expo in Buenos Aires as “Science, Innovation, Art and Creativity for Human Development. Creative industries in Digital Convergence”. This theme reflects Argentina’s vision to hold an Expo focusing on the latest innovations in technological industries and in the world of creativity to enhance and further this new stage of progress. The proposed Expo would take place between 15 January and 15 April 2023 on a site in the Vicente López district, located 17km from the historical centre of Buenos Aires. The bid committee forecasts that the Expo would receive 9.4 million visits over the three-month period.

Using the bid dossier as a guide, the Enquiry Mission will notably assess the motivations behind the Expo bid, the attractiveness of the proposed Expo theme, the proposed site and its planned re-use after the Expo, levels of local and national support for the project, expected participation, and the financial feasibility plan.