The 5th International Conference for Attracting Busan World Expo 2030 opened today in the city of Busan, Republic of Korea. Gathering around 250 participants, the conference is aimed at developing a potential World Expo bid and raising awareness nationally and internationally.

Hosted by Busan Metropolitan City and under the sponsorship of the Ministry of Trade, Industry and Energy of the Republic of Korea, the two-day conference aims to contribute to a strategic plan for the potential submission of a bid to the Bureau International des Expositions (BIE) in 2021. This is in accordance with the rules of the BIE, which state that a World Expo bid can be submitted a maximum of nine years before the proposed opening date. 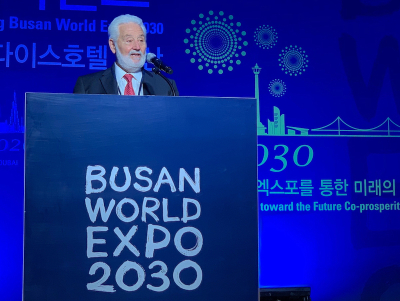 The port city has been considering a bid since 2015, when the “Citizens Committee for the World Expo” was established. This fifth edition of the conference dedicated to the development of the Expo candidature project notably focuses on the theme of the Expo, global communication, and the Expo legacy.

In an opening address, the Secretary General of the BIE, Vicente G. Loscertales emphasised the core values of Expos in developing a World Expo project, stating: “The journey towards hosting an Expo is a long but an incredibly rewarding one. In conceiving, developing and executing a successful World Expo, the core values of Education, Innovation and Cooperation must always be at the forefront.” 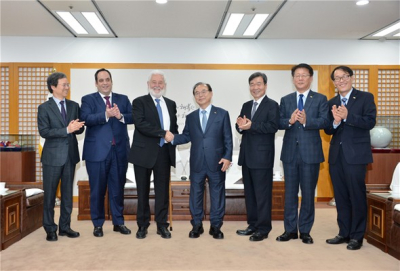 The Deputy Secretary General of the BIE, Dimitri Kerkentzes, also attended the conference, leading a session dedicated to the definition and development of a chosen theme. Mr. Kerkentzes told the audience: “Beyond technological progress and how it can serve humankind, Expo themes – now and in the future – look at enhancing cooperation and understanding among nations, where the impact of new technologies is regarded in terms of the improvement of tomorrow’s quality of life”.

The Republic of Korea has successfully hosted two Specialised Expos – Expo 1993 Daejeon and Expo 2012 Yeosu – but has never hosted a World Expo.

Busan is the country’s second largest city and is the world’s sixth busiest port by container volume. The city has successfully hosted numerous mega events including the 2002 Asian Games and APEC 2005 Korea, and is home to the annual Busan International Film Festival.

World Expos, known officially as International Registered Exhibitions, are organised every five years. They can last up to six months, and international participants can build their own pavilions on the Expo site. The themes of World Expos are designed to raise awareness of and find responses to universal challenges of our time. The next World Expo will take place in Dubai (UAE) between 20 October 2020 and 10 April 2021 under the theme “Connecting Minds, Creating the Future”. The following World Expo will take place in Osaka (Japan) in 2025 under the theme “Designing Future Society for Our Lives”.