On 26 and 27 January, the Secretary General of the Bureau International des Expositions (BIE), Dimitri S. Kerkentzes, visited the Spanish city of Malaga to discuss preparations for a potential bid to organise a Specialised Expo in 2027. 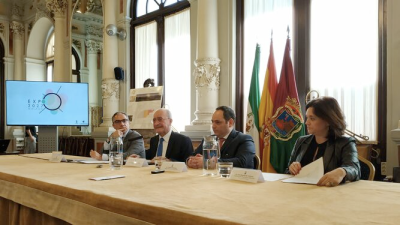 Having spoken publicly about the idea of organising a Specialised Expo, the Mayor of Malaga, Francisco de la Torre, previously visited the BIE headquarters in Paris in October 2019 to discuss the project. Following this meeting, the Mayor invited the BIE to visit Malaga to meet with the team working on the potential bid and to visit the site the city is considering for the event.

The theme considered would be focused around the challenges of modern cities, ensuring that sustainability matches with quality of life, in line with the UN’s Sustainable Development Goals (SDGs). The area earmarked for the Expo project covers an 80-hectare zone in the Buenavista area of Campanillas, located in the east of Malaga. 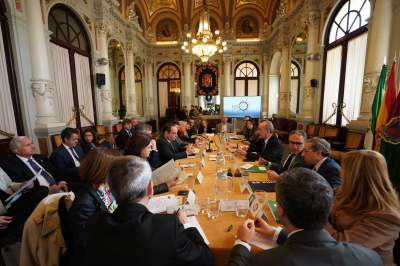 Capital of the Province of Malaga within the Autonomous Community of Andalusia, Malaga is a major centre for tourism and is the sixth largest city in Spain with a population of around 570,000. Spain has a long history of participating in and organising Expos. Under the auspices of the BIE, it hosted World Expo 1992 in Seville, and Specialised Expo 2008 in Zaragoza.

In accordance with BIE regulations, a letter of candidature to host an Expo is to be submitted to the BIE Secretariat by the government of the country wishing to organise the Expo. For Specialised Expos, this candidature may be submitted no earlier than six years before the opening date of that Expo. Once a candidate presents its bid to the BIE, any other candidate has a maximum of six months to submit a bid for the same Expo.

Specialised Expos, known officially as “International Recognised Exhibitions”, are organised in the years between two World Expos. Lasting up to three months within an exhibition area spanning a maximum of 25 hectares, they are aimed at addressing a precise challenge facing humanity.