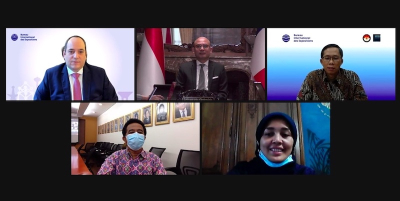 Around 150 participants, including government officials, trade representatives, and those involved in Indonesia’s Expo participations, took part in the training session, which featured nine dedicated sessions delivered by BIE officials. The topics covered by the nine sessions include an introduction to the BIE, the process of organising an Expo, and the communication and technical aspects of participating in Expos. The opportunities and benefits of hosting Expos and participating in these global events was also addressed. 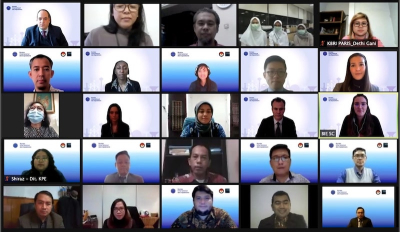 The capacity building programme is a BIE initiative aimed at supporting its 169 Member States and notably providing countries with additional knowledge and specific technical know-how regarding participation in Expos and the organisation of Expos. The aim of this programme is to support the engagement of Member States in Expos and in the workings of the BIE, therefore fostering the best possible conditions for Expos to serve as attractive and effective platforms for multilateral cooperation, public diplomacy and the education of the public.

Dimitri S. Kerkentzes, Secretary General of the BIE stated: “One of the key goals of the BIE is to accompany its Member States in planning Expo pavilions that are effective and fruitful, showing the best that each country has to offer. I am delighted that the BIE is partnering with Indonesia to share its experience and expertise, and to contribute to Indonesia’s continued successful participation in these mega-events.”

The Republic of Indonesia participated for the first time in an Expo at World Expo 1970 in Osaka, Japan. Since then, it has regularly participated in World and Specialised Expos. In order to strengthen its involvement in Expos, Indonesia joined the BIE in 1997. In recent Expos, its pavilions have been rewarded with two Bronze Awards; one for content development at World Expo 2005 Aichi and one for design at World Expo 2010 Shanghai.

Indonesia is participating in Expo 2020 Dubai with the theme “Transforming Future Civilization, through Innovation and Diversity”. The country’s pavilion, spanning 1,860m2, will be located in the Opportunity District, and will showcase Indonesian culture and cuisine as well as the latest innovations and technologies developed in Indonesia.