The Bureau International des Expositions (BIE) held the 169th session of its General Assembly on 14 December 2021 via videoconference. Delegates representing the 170 Member States of the BIE attended the online meeting, which included progress reports on current and upcoming Expos, presentations from Candidates for World Expo 2030 and Specialised Expo 2027/28, and elections to the Committees and Presidency of the BIE.

The Organisers of Expo 2020 Dubai, which opened to the public on 1 October 2021, presented the General Assembly with a review of the Expo’s inauguration and its first two-and-a-half months. In a video message, Expo 2020 Dubai Director General H.E. Reem Al Hashimy noted that the Expo, which has so far received over 6 million visits, is a place where “the world is right now sharing a story of solidarity, humanity, renewed hope, and unbowed optimism.” Manal AlBayat, Chief Engagement Officer, emphasised the “inspiring” collaborative spirit that has allowed the successful delivery of “an incredible celebration of humanity and solidarity in the face of numerous obstacles”. She furthermore underlined the impact of the Expo’s events and programming as drivers of physical and virtual visitation. On site, over 10,000 events were held in the Expo’s first two months, and online, virtual visits have reached 28 million. 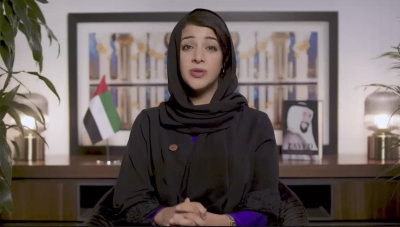 The General Assembly also heard an update on the following World Expo – Expo 2025 Osaka Kansai. Expo 2025 Ambassador Sadayuki Sakakibara and the Deputy Secretary General of the Organiser Manatsu Ichinoki informed delegates about the state of progress on the site, noting that construction of pavilions is set to begin in Spring 2023. They highlighted the fact that Japan’s pavilion at Expo 2020 Dubai offers visitors a preview of the next World Expo, and boosts international interest and participation, with 67 countries having so far confirmed participation. Furthermore, Koji Haneda, the Commissioner-General of the Expo, made his first presentation to BIE Member States since being appointed by the Government of Japan, and underlined the relevance of the theme “Designing Future Society for Our Lives” in looking towards the post Covid-19 world to envision a resilient and sustainable society for the future. 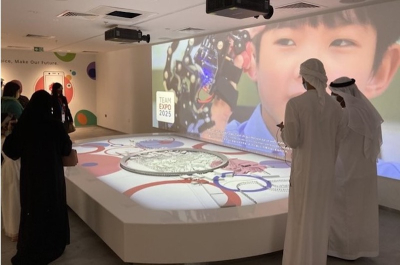 As the candidate list for World Expo 2030 closed on 29 October, the General Assembly was the first occasion for all five Candidates – the Republic of Korea, Italy, Ukraine, Saudi Arabia and Russia – to present their projects to the General Assembly.

The Republic of Korea was the first World Expo 2030 Candidate to present to Member States, with its project for the city of Busan. After an introduction from the Chairperson of the Bid Committee, Kim Young Ju, the Ambassador for Economy and Trade, Yoo Myung-hee discussed the overaching goals of the Expo project, and the Mayor of Busan Metropolitan City, Park Heong-joon underlined Busan’s enthusiasm for the candidature. The Minister of Trade, Industry and Energy, Moon Sung-wook underlined the transformative agenda linked to the Expo project, and finally the President of the Republic of Korea, Moon Jae-in, spoke in favour of the candidature project based on the theme “Transforming Our World, Navigating Toward a Better Future”.

Italy’s delegation presented the candidature project to organise World Expo 2030 in Rome under the theme “People and Territories: Urban Regeneration, Inclusion and Innovation”. The Director General of the Candidature Committee, Giuseppe Scognamiglio introduced the project, giving way to the Minister of Foreign Affairs and International Cooperation, Luigi di Maio, who emphasised the importance of the proposed theme and how it ties in with Rome’s history and future. The Chairman of the Candidature Committee, Ambassador Giampiero Massolo, elaborated on the overarching aims of the Expo project, and the Mayor of Rome, Roberto Gualtieri highlighted the city’s characteristics and its aims for the future. 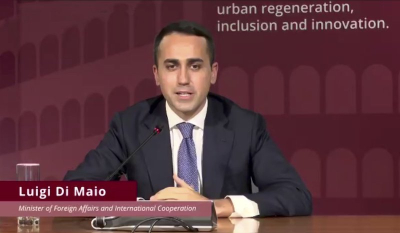 Presenting Ukraine’s project to organise World Expo 2030 in Odesa, Yulia Svyrydenko, First Deputy Prime Minister and Minister of Economy introduced Member States to the proposed theme “Renaissance. Technology. Future”, drawing attention to the Expo candidature’s focus on the role of humanity in the technology of the future. Mykhailo Fedorov, Deputy Prime Minister and Minister of Digital Transformation, then underlined the relevance of the theme with regard to Ukraine’s digital transformation, and Theatre and Art School student Karyna Kardash shared her impressions of Odesa, her home town, and why she feels it to be a suitable venue for welcoming the world. 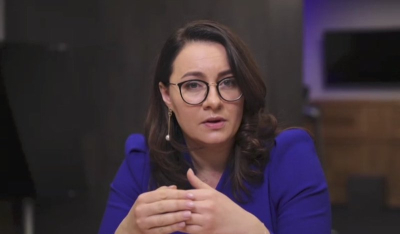 Saudi Arabia’s candidature for World Expo 2030 in Riyadh was presented by H.E. Fahd Al-Rasheed, the CEO of the Royal Commission for Riyadh City. Member States were presented with Saudi Arabia’s transformation and how the Expo 2030 project and its theme “The Era of Change: Leading the Planet to a Foresighted Tomorrow”, ties in with the country’s long-term strategy. Mr. Al-Rasheed recounted the past, present and future plans of Riyadh, and told Member States that the project to host a World Expo corresponds with the city’s DNA and its development plans in line with the ambitions and vision of its leadership. 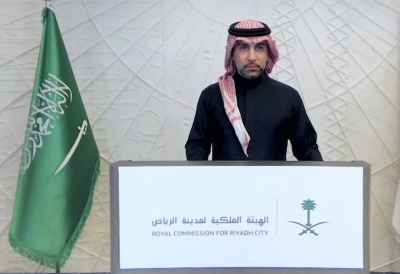 Russia’s delegation was the last to take the floor, presenting BIE Delegates with the project to organise World Expo 2030 in Moscow under the theme “Human Progress: A Shared Vision for a World of Harmony”. Alexander Chernov, Executive Director of the Bid Committee, introduced Prime Minister Mikhael Mishustin, who underlined national support for the project. The theme was discussed with Arkady Dvorkovich, Chairman of the Skolkovo Foundation and Elena Gagarina, Director General of the Moscow Kremlin Museums, followed by presentations from Anna Kopenkina, Head of the Bid Committee’s European Office and Aleksei Gruzdev, Deputy Minister of Industry and Trade.

Regarding Specialised Expo 2027/28, Spain’s Delegate to the BIE informed the General Assembly that his government intends to submit a letter of candidature to the BIE to organise a Specialised Expo in Malaga in 2027 with the theme “The Urban Era: Towards the Sustainable City”.

The United States – the only candidate so far for Specialised Expo 2027/28, with the candidate list to close on 28 January 2022 – presented its project to organise Specialised Expo 2027 in Minnesota. The presentation included a video address from Secretary of State, Antony Blinken, as well as from the Governor of Minnesota, Tim Walz, Lieutenant Govenor Peggy Flanagan, and the Mayor of Bloomington, Tim Busse. The proposed theme of the Expo, “Healthy People, Healthy Planet: Wellness and Well-Being for All” was developed further by John Stanoch, President and CEO of the Bid Committee, and by Dr. Joe Lee, CEO of Hazelden Betty Ford. 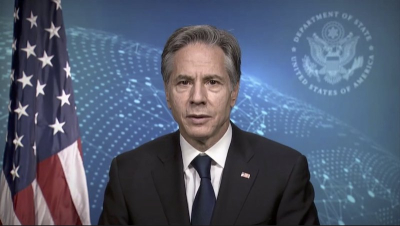 For Horticultural Expos, the forthcoming one - Floriade Expo 2022 Amsterdam-Almere – was presented to Member States for the last time before it opens to the public on 14 April 2022. The CEO of the Expo Organiser, Hans Bakker, and the Assistant CEO Yoel Schuller offered a preview of the Expo’s content, including exhibits relating to the “Growing Green Cities” theme as well as its art and culture programme. Member States were informed that different Covid-19 scenarios are being planned so that appropriate measures can be put into action based on the evolving health situation. Looking towards the post-Expo period, Hans Bakker further highlighted the hard and soft legacy of Floriade Expo 2022, including Flevo campus on the site and green infrastructures, as well the lasting educational impact of the theme-related exhibits on visitors. 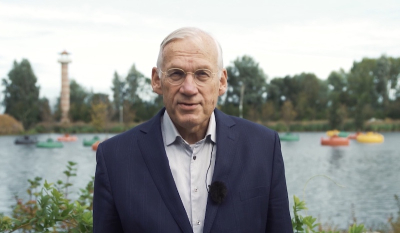 Member States were also informed about the progress of the following Horticultural Expo – Expo 2023 Doha Qatar. Sheikh Ali bin Jassim Al-Thani, Ambassador of Qatar to France, emphasised Qatar’s commitment to the Expo, and extended an invitation to all BIE Member States to participate in Expo 2023 Doha. The Secretary General of the Expo Organiser, Mohammed Ali Alkhoori announced that the major construction projects are on track to be completed by mid-2022, showing a preview of the progress made on the site, including landscaping, the Expo House and key facilities. With regard to the “Green Desert, Better Environment” theme, Mr. Alkhoori added that detailed research is being carried out to further develop the thematic programme and to support the interpretation of the theme by participants. 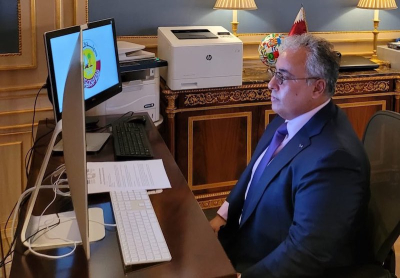 With the 23rd International Exhibition of Triennale Milano opening in less than six months, the Organisers presented the General Assembly with an overview of preparations. The President of Triennale Milano, Stefano Boeri and the International Exhibitor Coordinator, Laura Maeran, indicated that countries, museums and design institutes from across the world will contribute to the XXIII Triennale, and that it will feature a specially-commissioned ‘Voices of Africa’ exhibit. The Curator of the thematic exhibit, Ersilia Vaudo, offered a preview of ways in which the “Unknown Unknowns. An Introduction to Mysteries” theme will be interpreted, noting that this exhibit will form the “core of the archipelago” of projects forming the overall International Exhibition. 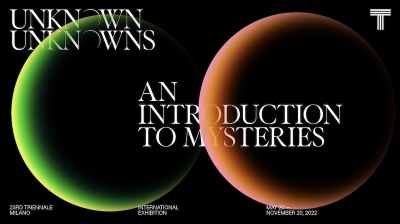 Elections were held to the Presidency of the General Assembly of the BIE, and to determine the composition of each of the BIE’s four Committees, as well as their respective chairpersons. The full list of the members of each Committee can be accessed here.