The Bureau International des Expositions (BIE) held the 168th session of its General Assembly on 29 June 2021 via videoconference. Delegates representing the 169 Member States of the BIE attended the virtual meeting, during which Organisers of upcoming Expos presented progress reports and Candidates for World Expo 2030 introduced their projects. 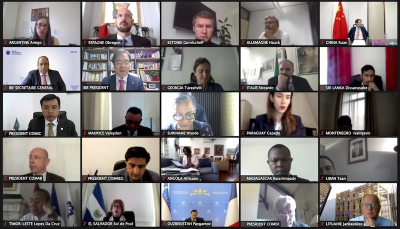 With Expo 2020 Dubai opening in three months, the Organisers presented a progress report to the General Assembly. Manal Al Bayat, Chief Engagement Officer, announced that construction of country pavilion will be finished by next month, and that the final touches are being added to the site. Following the Pavilions Premiere earlier this year and the in-person International Participants Meeting in May, Organisers are now carrying out further technical rehearsals and testing as well as rehearsals for the Opening Ceremony to welcome visitors on 1 October. Ms Al Bayat emphasised the fact that the health, safety and well-being of everyone visiting and working at Expo 2020 Dubai is their number one priority and that robust measures have been put in place. She furthermore reiterated the importance of the next World Expo, indicating: “Expo 2020 will bring us together to celebrate our spirit, our resilience and our togetherness, and to look to the future with hope and optimism.” 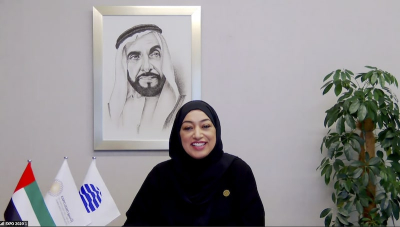 The General Assembly also heard an update on the following World Expo – Expo 2025 Osaka Kansai. Expo 2025 Ambassador Sadayuki Sakikibara indicated that efforts to invite international participants are fully underway, with 43 countries and 4 international organisations having already confirmed participation. The Secretary General of the Japan Association for Expo 2025, Hiroyuki Ishige introduced Member States to the Expo’s Master Plan – with the site to notably feature a large ring spanning earth, sea and sky – and outlined some of the futuristic projects that will be tested on the Expo site as the “People’s Living Lab”. 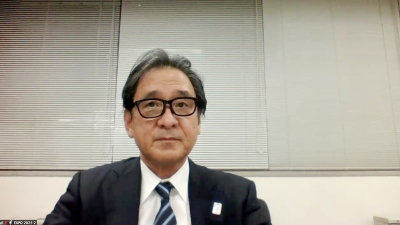 As the BIE has currently received two candidatures for the organisation of World Expo 2030 – from Russia and the Republic of Korea – representatives of both countries introduced their candidature projects to Member States.

The United States of America's Delegate to the BIE informed the General Assembly that his government intends to submit a letter of candidature to the BIE to organise a Specialised Expo in Minnesota in 2027.

With less than a year until opening, the Organisers of the next Horticultural Expo - Floriade Expo 2022 Amsterdam-Almere – informed the General Assembly about recent and upcoming activities. Hans Bakker, the CEO of Floriade Expo 2022, informed Delegates that 39 countries have confirmed their participation, and that a site visit and an international planning meeting are scheduled to take place in the autumn. Regarding the content of the Expo, Mr. Bakker revealed a lively events programme including art displays, music performances and a range of workshops, forums and seminars in relation to the Expo theme “Growing Green Cities”. 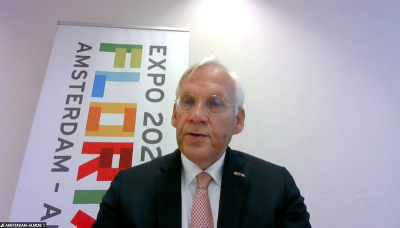 Member States were also informed about the progress of the following Horticultural Expo – Expo 2023 Doha Qatar. Sheikh Ali bin Jassem Al Thani, Ambassador of Qatar to France, declared that Qatar is working at “maximum velocity to deliver a memorable event” before extending an invitation to participate to all BIE Member States. The Secretary General of the Expo Organiser, Mohammed Ali Al Khoori, offered an overview of the Expo site and its features, notably including a desert garden, a green tunnel, and hydroponic cultivations in line with the theme “Green Desert, Better Environment”. 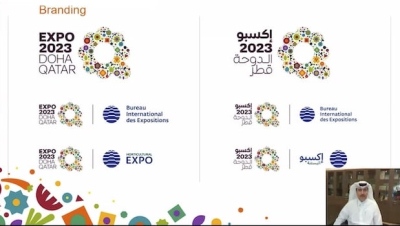 During the General Assembly, Onishi Hideo, the Japanese State Minister of Land, Infrastructure, Transport and Tourism, informed Member States that the Government of Japan will request formal recognition for a Horticultural Expo to be organised in Yokohoma in 2027.

Stefano Boeri, President of Triennale Milano, presented an overview of the 23rd International Exhibition of Triennale Milano, following its recognition during the 167th General Assembly. Featuring a “whole constellation of exhibitions”, this edition will include a series of special projects in addition to international participation and the main theme exhibition, indicated Mr. Boeri. The Curator, astrophysicist Ersilia Vaudo, then provided Member States with more details about the thematic exhibits, which, she emphasised, will notably be centred around the prisms of art and design as ways to address the theme “Unknown Unknowns. An Introduction to Mysteries”. 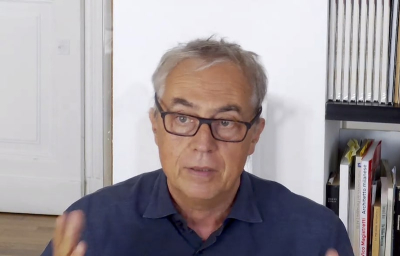 More updates to follow on all the presentations made during the 168th General Assembly of the BIE.