Japan is a founding member of the BIE, and the country has successfully organised five Expos under the auspices of the Organisation. In 1970, Osaka Prefecture hosted Asia’s first World Expo, attracting over 64 million visitors, making it the most visited Expo of the 20th century. Since then, Japan has organised a second World Expo in Aichi in 2005, two Specialised Expos – in Okinawa in 1975 and in Tsukuba in 1985 – as well as a Horticultural Expo in Osaka in 1990. In 2018, Japan was elected by BIE Member States to organise World Expo 2025 in Osaka.

Japan’s pavilion at Expo 2017 Astana was centred around the theme “Smart Mix With Technology.” This theme conveyed the message that achieving a stable energy supply at a low cost is possible, all while ensuring safety and environmental conservation. Featuring a red dot from which three waves emanate, the pavilion’s logo symbolised the theme. The three colours represented conventional energy, renewable energy, and energy of the future, with the overlapping signifying the energy mix, at the heart of the concept. 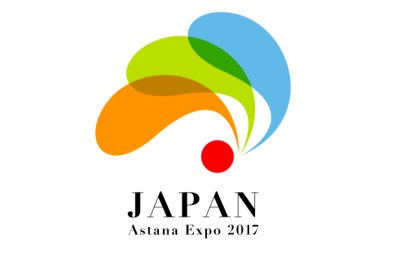 The country’s lack of energy resources and rapid economic development resulted in the “all-Japan spirit of challenge”, which constituted the thread of the pavilion’s displays. In addressing this challenge, the country has been working to promote energy conservation, to reduce CO2 emissions, and to introduce new forms of energy. This approach was summed up by a 3E+S formula: embodying energy security (E), a low-cost energy supply through economic efficiency (E), adapting to the environment (E), with an overarching assumption of safety (S). 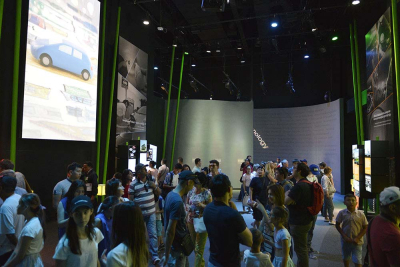 Split into three zones, the pavilion took visitors on a journey through Japan’s relationship with energy, from its rapid development and reliance on energy imports to the ways that Japanese innovations are shaping future energy. Besides, visitors equipped with a smartphone were able to download the official app to benefit from experiential content directly linked to the audiovisual displays. 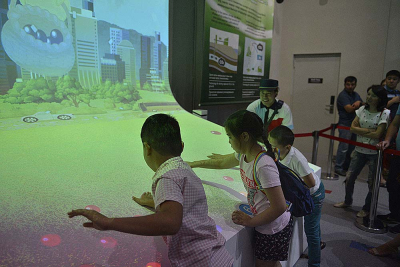 The first zone, “Japan Experience”, informed visitors about the country’s energy challenges and how they have been resolved up until today, using a combination of visual displays and multimedia presentations drawing attention to the necessity of energy innovations. The second zone, entitled “To the Future of Energy in 20XX”, featured a film presenting the latest technologies and developments in Japan shaping Future Energy, including fuel made from seaweed that could be able to power aircraft. “Japan Showcase”, the final zone, offered a range of interactive exhibits, including games and Virtual Reality, that allowed visitors to discover more about reducing CO2 emissions, minimising energy consumption and energy storage. 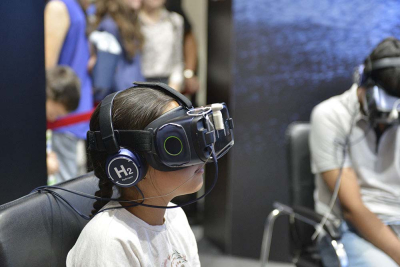 Theme
The Future of Japan and the Sea

Theme
The Japan experience: Redefining wealth from 20th to 21th centuries; rekindling the relationship between mankind and nature

Theme
A pavilion made of recycled paper