Upending our idea of the world through Unknown Unknowns 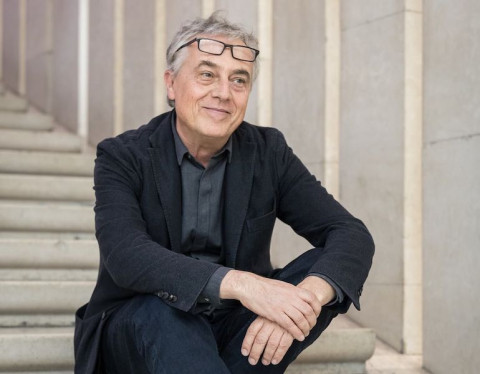 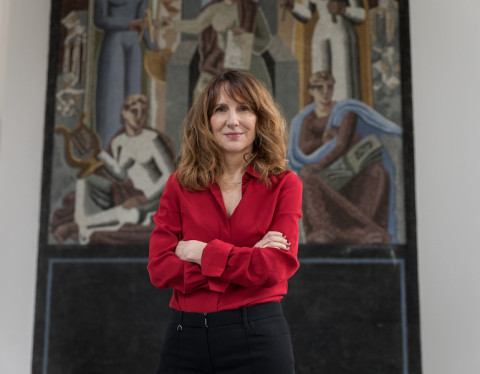 What is the significance of “Unknown Unknowns. An Introduction to Mysteries” as a common thread for the 23rd Triennale Milano International Exhibition?

Stefano Boeri: The emerging question – to which various disciplines, and first of all anthropology as a self-reflective branch of knowledge, seek to give an answer – is whether it is still possible to think of ourselves as a living species capable of inhabiting the world on the basis of a principle of cognitive and cultural distancing from the world itself.

Whether it is still possible to perceive ourselves as a species which is hegemonic because it is able to establish a principle of distance and otherness with respect to the rest of life on the planet. Whether it is possible to continue to exercise the assumption of a “dualism” – between human and non-human, between culture and nature, between human technologies and natural phenomena, between the anthropic environment and natural environments – which has accompanied the development of human knowledge for many centuries.

The answer that Triennale Milano offers, thanks to the 23rd International Exhibition “Unknown Unknowns. An Introduction to Mysteries”, is to go beyond the founding dualism (or rather dualisms) of centuries of evolution of human knowledge. The erosion of these dualisms, of the dualism between human and non-human understood as the conceptual premise of our being in the world, has had and is having an immediate role in the extension of the sphere of the unknown, of what we do not know, do not map, and do not control. A radical development that has the tone and the potency of a new perspective on the world.

The 23rd Triennale Milano International Exhibition seeks to widen the visitor’s perspective and move away from an intimate and subjective viewpoint. In what ways will the thematic exhibition achieve this?

Ersilia Vaudo: The thematic exhibition will guide visitors through the “Unknown Unknowns”, starting from the Earth and from our everyday reality, and gradually moving out and away, abandoning our anthropocentric vision and embracing the unknown in the very farthest reaches of the universe. The exhibition opens with an audio sculpture created by the sound artist Yuri Suzuki, bringing together the idea of a local and global community that is connected through sound, and it ends with the immersive installation by Turkish-American new media artist and designer Refik Anadol, based on the prediction that our host galaxy — the Milky Way — will merge into Andromeda in what is estimated to be approximately 4.5 billion years’ time.

The thematic exhibition takes us on a journey of exploration – through more than a hundred works, projects and installations by international artists, researchers and designers – not in search of answers but simply letting ourselves go to the thrill of investigation and of the imagination. “Unknown Unknowns” is a profound experience that gives us a chance to upend our idea of the world, no longer antagonistic towards what we do not know, but viewing it as a dimension to be lived in consciously, with lightness and a sense of wonder. 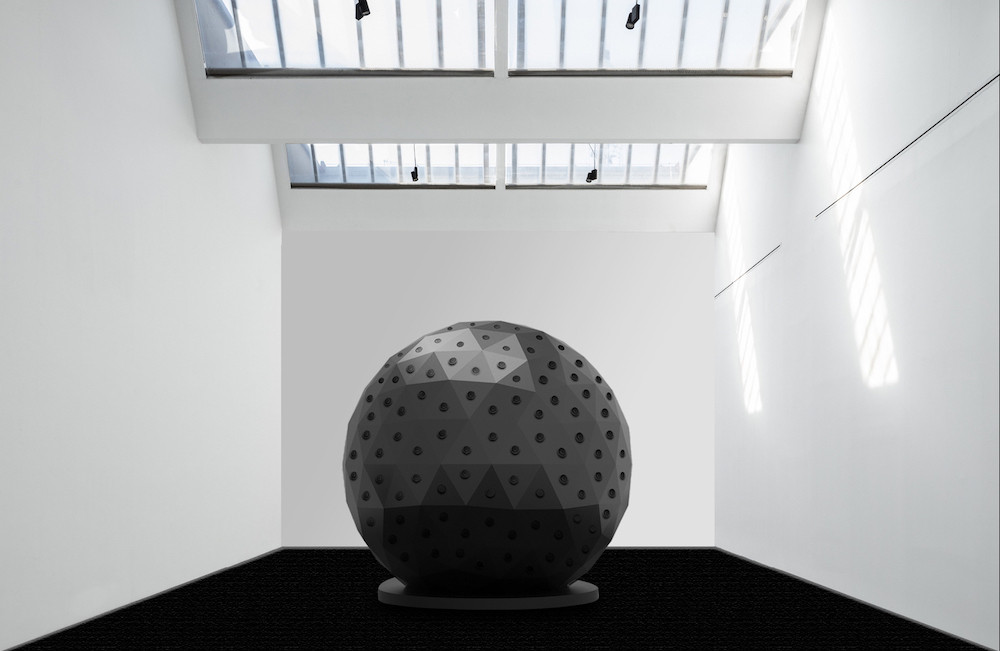 As an astrophysicist, what new perspectives can be shed on art, architecture and design?

Ersilia Vaudo: “Unknown Unknowns” starts out from an understanding of the unknown as a structural characteristic, and one that is inherent in the very geometry of the universe and in the forces that drive it. Hidden within the perfection of the spherical shapes of celestial bodies that shine, float and turn into nothingness, is the work of gravity, the greatest designer of all. Gravity is an artisan whose hand tirelessly shapes the Universe to which we belong. The bigger a body is, the more gravity will manage to equalise its shape and ultimately achieve sublime sphericity. And yet the most bizarre forms still manage to emerge: acts of rebellion against celestial perfection – and they are the exclusive privilege of small bodies. As inhabitants of this planet, we are also unconsciously connected and bonded with gravity, an apparently absolute force, and yet one that is different and changeable depending on where we are in the Cosmos. If we observe it from outside a strictly Newtonian perspective, gravity becomes something else: it stops being a familiar downward force and turns into a geometry – a shape that emerges from the curvature of space-time. A line along which we can slide effortlessly.

A large section of the thematic exhibition is also devoted to a series of aspects that concern living in the unknown. These include mapping systems, the tools and habitats that have been designed for life in unknown environments, the interaction between reality and fiction, and the mystery of extra-terrestrial oceans. The journey ends with the definitive abandonment of any anthropocentric view, and opens up to the mystery and to the great unknown of outer space, touching on issues such as space-time, mathematics, the future of the galaxy and antimatter. By doing so, it highlights the ability of humans both to imagine what is not there and to tackle it.

"The aim is not to dominate or to do away with mystery, but rather to find out how to coexist with it" 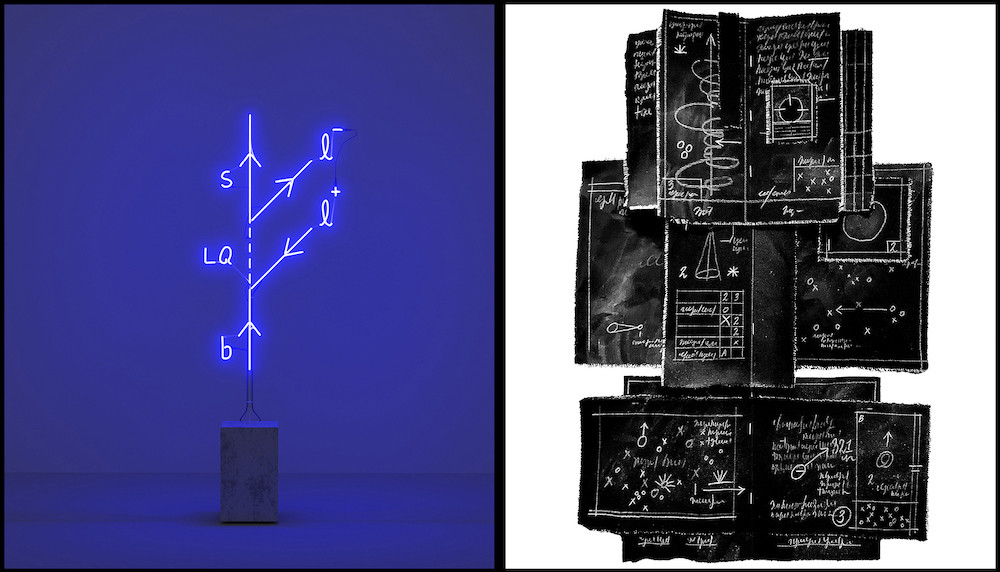 Generally speaking, we can see new perspectives and a new approach to the unknown in the ideas and the creative approach of the artists, designers and architects involved. To give just a few examples, I might mention Bosco Sodi and his hand-shaped clay spheres as primary cosmic bodies of ancestrally imperfect uniqueness or Andrea Galvani, whose Instruments for Inquiring into the Wind and the Shaking Earth draws on mathematical and scientific languages to create a landscape of pure light inhabited by thread-like sculptures. And then there is the architecture firm SOM with a design for the first permanent human settlement on the Moon. The aim is not to dominate or to do away with mystery, but rather to find out how to coexist with it.

How will international participants address and challenge the many vulnerabilities of the modern world?

Stefano Boeri: Each of the 23 International Participations featured in the 23rd International Exhibition will bring their unique point of view on this year’s themes, offering a whole series of different themes, outlooks and contexts, while also allowing us to expand our vision of the unknown from a broader geographical perspective.

From our interaction with nature and the environment to our perception of dreams or mysteries that can hide behind what is routine, the International Participations will dig deeper into new architectural, artistic and design challenges, opening themselves up to brand new prospects, such as how to live in virtual spaces or how to live in a more sustainable way.

This year’s International Exhibition will serve as a springboard for international awareness, confirming Triennale Milano’s role as a trailblazer when it comes to inspiring visitors.

"Triennale Milano aims to become a platform for international synergy and cultural exchange, shaping its future in harmony with the past history of the institution" 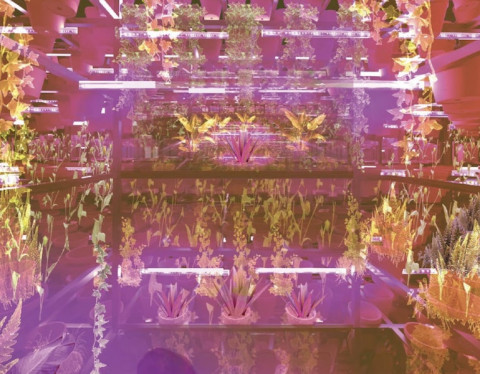 To do so, we have decided to give voice to some cultures that could really have an impact on our public, welcoming geographically or culturally distant voices to the conversation, firmly believing that in diversity lies a great boost for growth.

“Unknown Unknowns. An Introduction to Mysteries” will feature a strong African representation, with six African countries among its International Participants (Burkina Faso, Ghana, Kenya, Lesotho, the Democratic Republic of Congo and Rwanda), in order to challenge today’s eurocentric vision as one of the many vulnerabilities of the modern world. Moreover, the 23rd International Exhibition will be enriched by the Ukrainian experience through the Planeta Ukrain programme, Ukraines’s multi-site project in Triennale Milano’s internal and external spaces that took off at the very beginning of the war in Ukraine and which will continue until the opening, and throughout the event.

By offering such a plethora of different perspectives during the International Exhibition, Triennale Milano aims to become a platform for international synergy and cultural exchange, shaping its future in harmony with the past history of the institution and its true identity.

In what other ways with the themes of the 23rd Trienale Milano International Exhibition be developed?

Stefano Boeri: The International Exhibition will also include a series of special projects commissioned by Triennale Milano from a number of top names in the world of culture, focusing on the exploration of the unknown and of mysteries but also on environmental responsibility, new design perspectives or philosophical challenges.

Triennale Milano’s multidisciplinary approach in project development, involving philosophers, art historians, musicians, architects, designers and scientists, is a symbol of its greater view of culture as an all-encompassing instrument to understand reality as much as we can.

The themes of the 23rd International Exhibition will also be addressed in talks, panels and events that are part of the Public Program, curated by Damiano Gullì, which, between July and December 2022, will provide opportunities for further exploration and discussion. All the International Participations and actors contributing to the event will be involved in this programming. A series of digital projects, from gaming to podcasts, and the articles in the Diario 2022 section of the Triennale Milano’s magazine will offer further bases for thought and reflection. 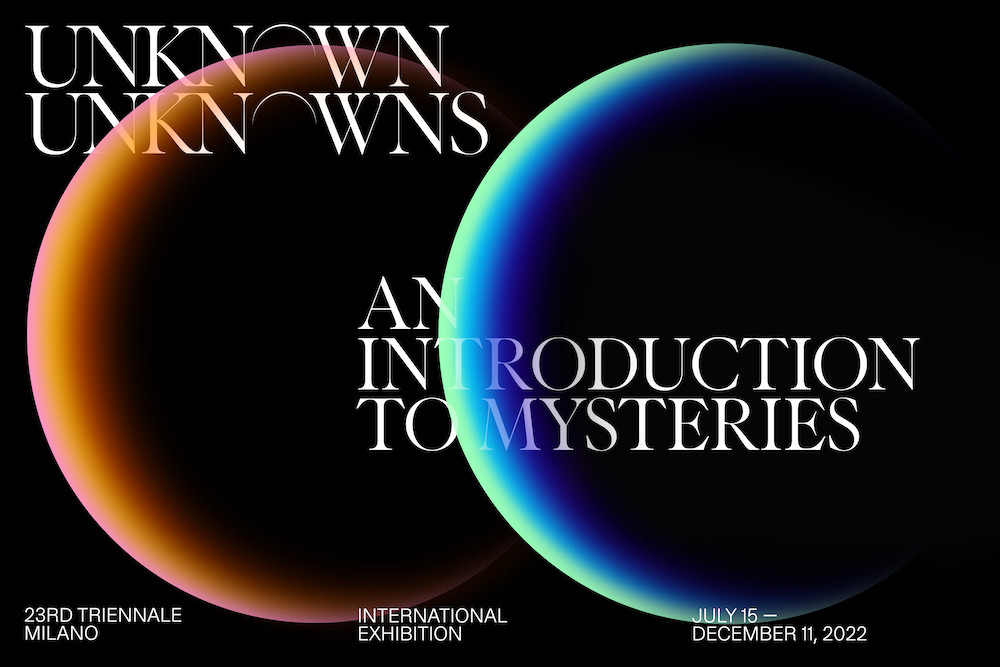 What reflections do you hope to encourage among visitors to the 23rd Triennale Milano International Exhibition?

Ersilia Vaudo: The 23rd International Exhibition will explore the unknown all around us, in search of a relationship that is not one of appropriation but rather one of sharing. The aim is to approach “Unknown Unknowns” with a sense of wonder and amazement by bringing about interdisciplinary influences, in order to imagine different futures and find new ways to inhabit them. This International Exhibition invites us to abandon our individual and collective comfort zone and experience the pleasure of seeing things from a reversed perspective. We can come down and land on distant comets, create matter from pure energy, and amplify the power of our senses without ever feeling fragile. Today, for the first time, we find ourselves living through a global, collective and simultaneous experience of profound vulnerability, with a growing awareness that only a thin blue layer of oxygen separates us from a suffocating void.

The 23rd Triennale Milano International Exhibition will be open from 15 July to 11 December 2022.